With 60 new stores opening in the UK to compete with discount groceries, Tesco needs to be using Location Intelligent site selection to maximize their impact 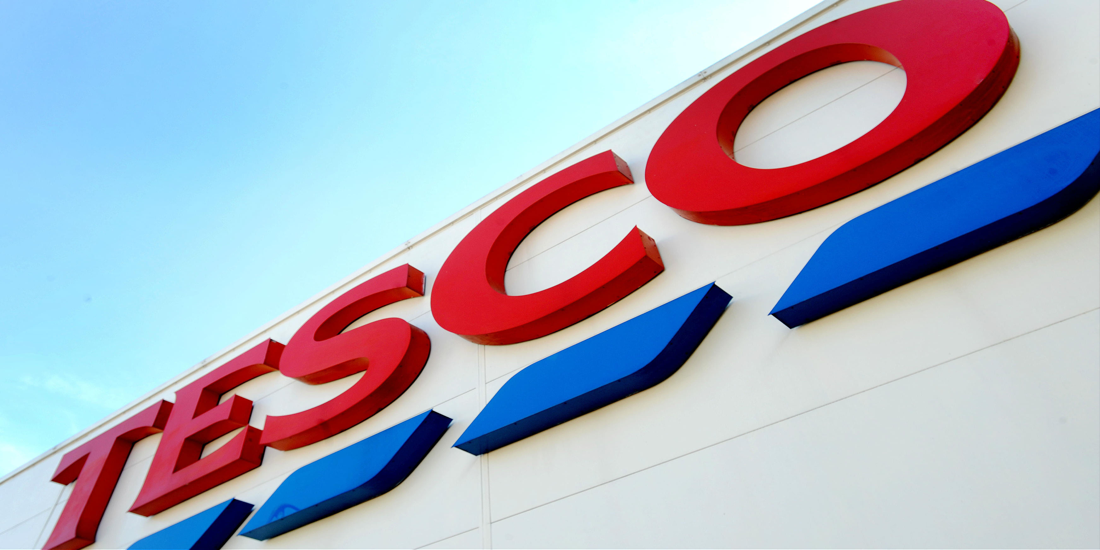 In today's competitive market established grocers are launching or acquiring discount brands to supplement revenue from other brand holdings.

For more than ten years discount chains have been disrupting the grocery industry encroaching on the market shares of established mainstream grocers. According to BCG from 2000 to 2015 established grocers in Ireland lost one-fourth of their market share to discount grocery chains like Lidl. The same is true in the UK where profit margins for established grocers shrank from 5% to less than 3% by 2017. Together Aldi and Lidl currently hold a 13% share of the grocery market which is only expected to grow while sales for the “big four” supermarket chains--Tesco Sainsbury’s Asda and Morrisons--barely keep pace with rising food costs. The map below gives a sense of just how saturated the UK grocery market is today:

In July 2018 reports circulated that Tesco the British multinational grocery retailer would be announcing the launch of a new discount chain in September with plans to open up to 60 stores that would compete directly with Aldi and Lidl.

While discount chains can increase brand revenue for established grocers in markets where discount grocers lack a strong presence there are considerable obstacles involved in launching discount brands in mature markets. When it comes to site planning the two most important factors for grocers looking to maximize total brand revenue with new discount brand store locations are:

So our Data Science team decided to put themselves in the shoes of Tesco’s Site Planning team and find a solution that would:

Before getting started however we needed to examine the sales patterns across the UK and possible relationships between other characteristics such as the retail population socioeconomic traits and spending patterns. Note that we’re not using Tesco’s real sales data but rather estimates for the sake of our Site Planning analysis.

The first step is to understand our sales measure for the 848 Tesco store locations in the United Kingdom. Currently these locations are categorized into the following four store types:

Mapping each store location and color coding by type of store produces the following map of Tesco’s current corporate footprint in the UK.

Since we are not working with Tesco’s internal sales data Mastercard’s Retail Location Insights provides a proxy where average weekly sales performance of retail area serves as an estimate on store performance.

The graph below shows the distribution of weekly sales per Tesco store broken down by Tesco’s four store types with Express stores having high frequency measure but low sales size which as a convenience store explains its unusual distribution patterns. Tesco Extras having the highest weekly sales but with a much lower sales frequency which again makes sense as these store types offer products and goods in bulk sizes. Calculating average sales for each store type provides a measure for total weekly sales of £362 million.

What this total weekly sales estimate provides us is a benchmark to determine whether the 60 new store locations helped maximize brand revenue overall.

Finding potential sites and nearby competition

Adding data on competitor locations specifically Aldi and Lidl store locations provides a view on market saturation. There are 731 Aldi and 723 Lidl store locations operating in the UK and what the map illustrates is that neither discount grocer has strong market share in more densely populated urban centers (after all urban populations are not typically their target market).

With an understanding of market competition adding Tesco store locations to our map will show trade area overlap between existing stores and retail areas serving as potential sites for new discount store locations. Cannibalization risks potential revenue loss at both existing store and potential new store if the sites are too close to one another as the image below displays.

This market overview shows some promising areas with a low chance of self-cannibalization and competitors far enough away so as to not pull trade area customers away from potential store locations in catchment area. However as the ultimate goal is to predict sales at new store locations our next step is to determine the significant features most likely to sales at each site.

After locating potential sites for Tesco’s planned discount chain we now need to build a model to infer the relationship between sales and other features that may impact sales. This would allow us make sales predictions for each of our new potential sites and find the ones that have higher predicted sales.

In particular we are using a form of local regression modeling called Geographically Weighted Regression (GWR). Since the factors that affect consumer spending may change across geographic areas we use a modeling technique that ascribes explanatory power only to those features close enough to a store to impact it - that is models within a certain estimated bandwidth. In our model the estimated bandwidth is 4479 meters (or 2.7 miles) as shown below. Furthermore GWR assumes that features closer to a store affect sales to greater extent than more distance features.

To build our model we used datasets from the UK census third-party POI providers and Mastercard Retail Location Insights. The correlation matrix below begins to show the relationship between our features and sales numbers and provides us insight into our how our model will behave.

We discovered sales are positively correlated with features like sales indices and distance to another and negatively correlated with census-defined higher socio-economic classifications (NS-SEC) proving that new location data streams are more important for these analyses than traditional out-of-date data sets.

In addition to store type and band size our model found the following 4 features of importance as well as the magnitude of each feature coefficient:

Because we have a tiny regression model at each point we can attribute a set of coefficients for each. This creates a coefficient surface that allows us to understand how the magnitude of certain features change across space. Below are maps that show our four listed coefficient “surfaces.”

By mapping these coefficient surfaces we discovered:

These insights provide the final details needed to (1) identify the top 60 store locations and (2) determine whether sales performance at these sites led to an overall increase in Tesco’s revenue.

Since Tesco is rumored to open 60 new store locations and since our goal is to determine which sites are most likely to maximize overall revenue we mapped the 60 sites falling along the higher end of our predicted sales distribution.

Among the top 60 locations sales averages amount to £1.4 million per week these sites tend to be located along the periphery of urban centers and they also maintain distance from current Tesco as well as competitor store locations. The top 60 sites also appear in areas with high Mastercard sales scores:

With the coefficient score for “distance to other stores” we’re able to run a cannibalization analysis measuring the impact spatial proximity to other store locations has on potential space sales performance.

This map of sales lost distribution across the UK shows that distance has a smaller impact around London where there is a higher population density. Now with our model we can calculate sales lost due to cannibalization per meter.

For instance the image below displays two existing Tesco Extra stores located 1 300 meters apart. However one of the prime sites for a new discount store location is approximately 800 meters from the first Tesco Extra store and would likely cause loss of sales due to cannibalization. We can determine whether or not this new store location will help maximize overall revenue by subtracting the new cannibalization distance of 800 meters from the old cannibalization distance of 1 300 meters and then multiplying the remainder (500 meters) by our per meter sales loss of £298. After subtracting this figure from the new store’s predicted sales we are left with total sales from existing store and new store of about £2 741 000.

It remains to be seen when and where Tesco will open its new discount store locations but Location Intelligence can help reduce the guesswork and risks associated with site planning.

Want to learn more about working with new data streams to modernize your site planning? Then make sure to register for our upcoming webinar today! Register Today!