The Static Maps API can be initiated using both Named and Anonymous Maps using the layergroupid token. The API can be used to create static images of parts of maps and thumbnails for use in web design, graphic design, print, field work, and many other applications that require standard image formats.

Note: you can see this endpoint as

A Named Maps static image will get its constraints from the view argument of the Create Named Map function. If view is not defined, it will estimate the extent based on the involved tables, otherwise it fallbacks to "zoom": 1, "lng": 0 and "lat": 0.

The Static Maps API allows for multiple layers of incorporation into the MapConfig to allow for maximum versatility in creating a static map. The examples below were used to generate the static image example in the next section, and appear in the specific order designated.

By manipulating the "urlTemplate" custom basemaps can be used in generating static images. Supported map types for the Static Maps API are:

As described in the MapConfig File Format, a “cartodb” type layer is now just an alias to a “mapnik” type layer as above, intended for backwards compatibility.

Additionally, static images from Torque maps and other map layers can be used together to generate highly customizable and versatile static maps.

It is important to note that generated images are cached from the live data referenced with the layergroupid token on the specified CARTO account. This means that if the data changes, the cached image will also change. When linking dynamically, it is important to take into consideration the state of the data and longevity of the static image to avoid broken images or changes in how the image is displayed. To obtain a static snapshot of the map as it is today and preserve the image long-term regardless of changes in data, the image must be saved and stored locally. 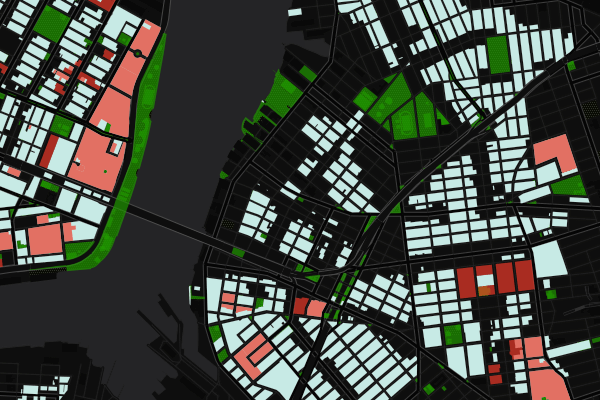 For this map, the multiple layers, order, and stylings are defined by the MapConfig.