Including the launch of a new cloud native version of our leading Location Intelligence platform & closure of a $61 million Series C round check out our recap of 2021! 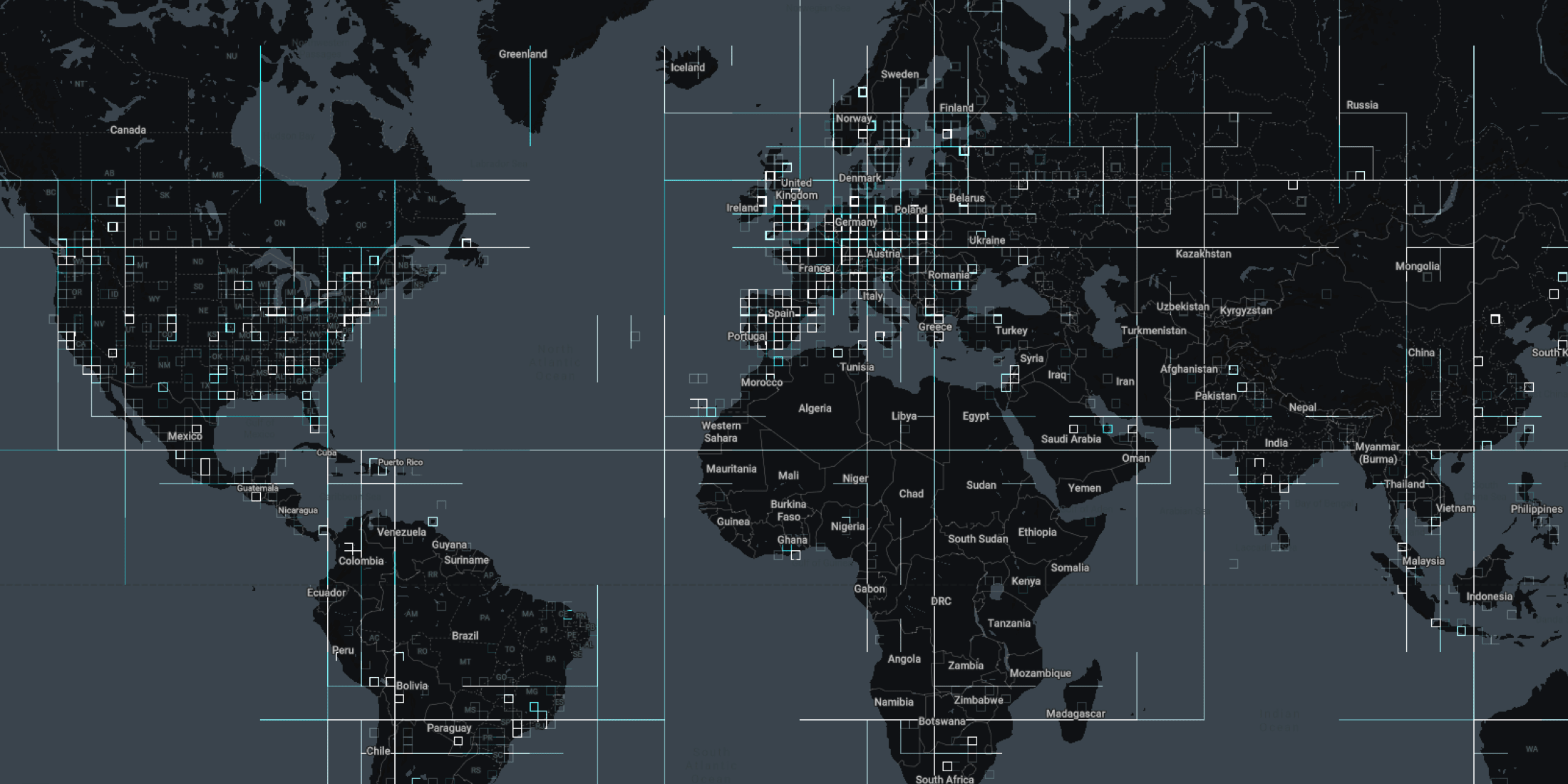 As 2021 draws to a close we look back at another eventful year for CARTO which encompassed some of our biggest announcements to date. This included the launch of a new cloud native version of our leading Location Intelligence platform to make spatial workloads as seamless as possible for users of the biggest cloud data warehouses along of course with the recent closure of a $61 million Series C round.

Join us as we summarize just a few of this year’s accomplishments from our rockstar team  and don’t forget  we are hiring! Vamos!

In January we looked ahead to the future of cloud native spatial analysis and predicted the trends that would play out during 2021.

Our Data Scientists were also hard at work showing us how to use spatial data to identify CPG demand hotspots and areas most likely to suffer recession post pandemic  along with how to improve retail trade area accuracy with mobility data.

Following the success of last year’s online Spatial Data Science Conference  we announced not one but three #SDSC21 events in February with the main annual event set to return along with two satellite events focusing on the Financial Services and CPG & Retail industries.

During February we also took the first step to develop a comprehensive Spatial Extension on Google’s cloud platform by announcing the general availability of our BigQuery Tiler which represented a major milestone in our journey to build the world’s leading cloud native spatial analytics platform. Of course this was just the beginning with many more announcements to come…

As the distribution of COVID vaccines picked up pace  in March we looked at how Spatial Data Science could be used to help ensure rapid and equitable access. Lack of access to vaccines  especially in poorer countries  has caused pools of unvaccinated people which could be a source of new variants  such as Omicron.

The Spatial Data Science in Financial Services Summit brought together hundreds of FinServ analytics professionals from all over the world. Data science and geospatial leaders from banks  credit card companies  funds  insurers  and reinsurers came together to demonstrate next-generation use cases that use the latest & greatest in location analytics methodologies. The summit featured speakers from Bloomberg  J.P. Morgan  Goldman Sachs  and other leading financial institutions with talks available for playback on-demand.

Using a combination of the BigQuery Tiler and CARTO for React (announced in March) our team developed in April the first visualization of the COVID vaccination progression at an individual level within the US.

May saw Javier de la Torre  Founder and Chief Strategy Officer of CARTO  appointed to The Open Geospatial Consortium’s (OGC) Board of Directors. In the same month we announced details of our participation as Petabyte sponsors of this year’s Snowflake Summit and that we had been selected to continue to Phase 1 of AI4Cities  an EU-funded Pre-Commercial Procurement (PCP) project to accelerate carbon neutrality.

The Spatial Data Science in CPG & Retail Services Summit brought together hundreds of analytics professionals to demonstrate next-generation use cases used across the industry such as omnichannel planning  supply chain network design  white space analysis  revenue prediction and much more. The summit featured speakers from IKEA  Rakuten  Bain & Company  and other leading retail institutions with talks available for playback on-demand.

With in-person events making a cautious return we travelled to Barcelona in June for Mobile World Congress where we met with other speakers  exhibitors  and attendees to advance use cases such as data monetization  site selection  network optimization  and smart cities management.

The CARTO Data Observatory continued to evolve during the summer months by enabling access to subscribed datasets directly on the leading cloud platforms  including Google Cloud  Amazon Web Services  and Microsoft Azure.

Last year  Google Cloud announced a new initiative to bring partner solutions to the network edge  enabling a wide range of clients in industries such as CPG  Retail  and Manufacturing to accelerate their businesses with cloud capabilities at the edge - partnering with telcos across the globe.

In June we announced that as part of Google Cloud’s expansion of this initiative - CARTO was listed as a strategic partner  using Anthos and Google’s edge network as well as its partners’ networks  to continue to move the needle in providing high-speed 5G connectivity.

As work continued to streamline the BigQuery Tiler we created a simplified command to rapidly visualize massive spatial datasets such as the one featured above.

After more than a year of virtual events  we were also very happy to announce in July that we would be returning to in-person and hybrid events during the remainder of the year and beyond. Below are a selection of photos from such events.

Our team continued hard at work in August on making scalable spatial analytics possible through the implementation of spatial functions and procedures natively within Google BigQuery. As a summer project they took on the challenge of solving routing problems at scale natively in BigQuery  and unveiled a new routing module.

In September we started to gear up for the 5th annual Spatial Data Science Conference by announcing the first lineup of speakers who included well respected industry experts such as Anita Graser & Martin Fleischmann.

At Big Data LDN we presented alongside Bumble who demonstrated how they use CARTO to help them accurately estimate total addressable markets (TAM) and market penetration to grow market share.

We also looked back at 18 months of COVID grants and maps  mapped La Palma lava flow and damage  showed how to build scalable spatial apps with vue.js  and announced our progression in the AI4Cities project.

Heading into the final quarter of the year things really started to get busy at CARTO HQ! At Google’s Cloud Next ‘21 the General Availability of the new CARTO Spatial Extension for BigQuery was announced. We worked closely with the Google team to develop a fully cloud native GIS experience for BigQuery users with a complete redevelopment of our leading Location Intelligence platform.

At the same time we announced a further partnership with Google Cloud  supporting their ambitious sustainability program - enabling global organizations to better understand the impact of climate change.

CARTO Spatial Features  our first derivative data product  was updated to include new variables for urbanity level  elevation  and climatology.

We were also very pleased to announce that at this year’s Geospatial World Awards  which took place in October  two solutions powered by CARTO won Geospatial Excellence Awards. The Geospatial Excellence in Environmental Protection award was presented to Philip Morris International (PMI) and Litterati for their ‘Our World is Not an Ashtray’ (WNA) initiative and the Geospatial World Innovation award was presented to Clear Channel for their Out of Home (OOH) campaign planning tool ‘RADARView®’.

As if all that wasn’t enough we rounded off October with the Spatial Data Science Conference 2021! Thousands of attendees from all over the world participated in #SDSC21 which featured 53 speakers across 35 interactive talks  workshops  and panels. The four day conference featured speakers from Coca-Cola  Vodafone  Bain & Company  and many more leading enterprise brands with talks available for playback on-demand.

In November we didn’t take the foot off the gas (we used location data to find it!) and announced the general availability of the CARTO Spatial Extension for Snowflake. The team at CARTO have continued to develop an extensive array of features to extend the available geospatial capabilities  making cloud native spatial workloads as seamless as possible for users of the Snowflake platform.

Until recently  Databricks has had limited support for geospatial workloads  but with the beta launch of our Spatial Extension for Databricks in December  users can now seamlessly connect to Databricks and execute a powerful collection of spatial analysis functions  natively in the Data Lake Platform.

With this and to continue to lead the way in cloud native spatial analytics we were very excited to announce the closure of a $61 million Series C round led by New York-based global venture capital and private equity firm Insight Partners  with participation from the European Innovation Council (EIC) Fund  as well as our existing investors Accel  Salesforce Ventures  Hearst Ventures  Earlybird  and Kibo.

Want to get started?
Sign up for a free 14-day trial

Introducing CARTO Workflows - a no code tool for processing and analyzing spatial data! Unlock spatial analysis without needing to know SQL or Python.

Announcing our latest release of CARTO cloud-native features for Q4 2022.