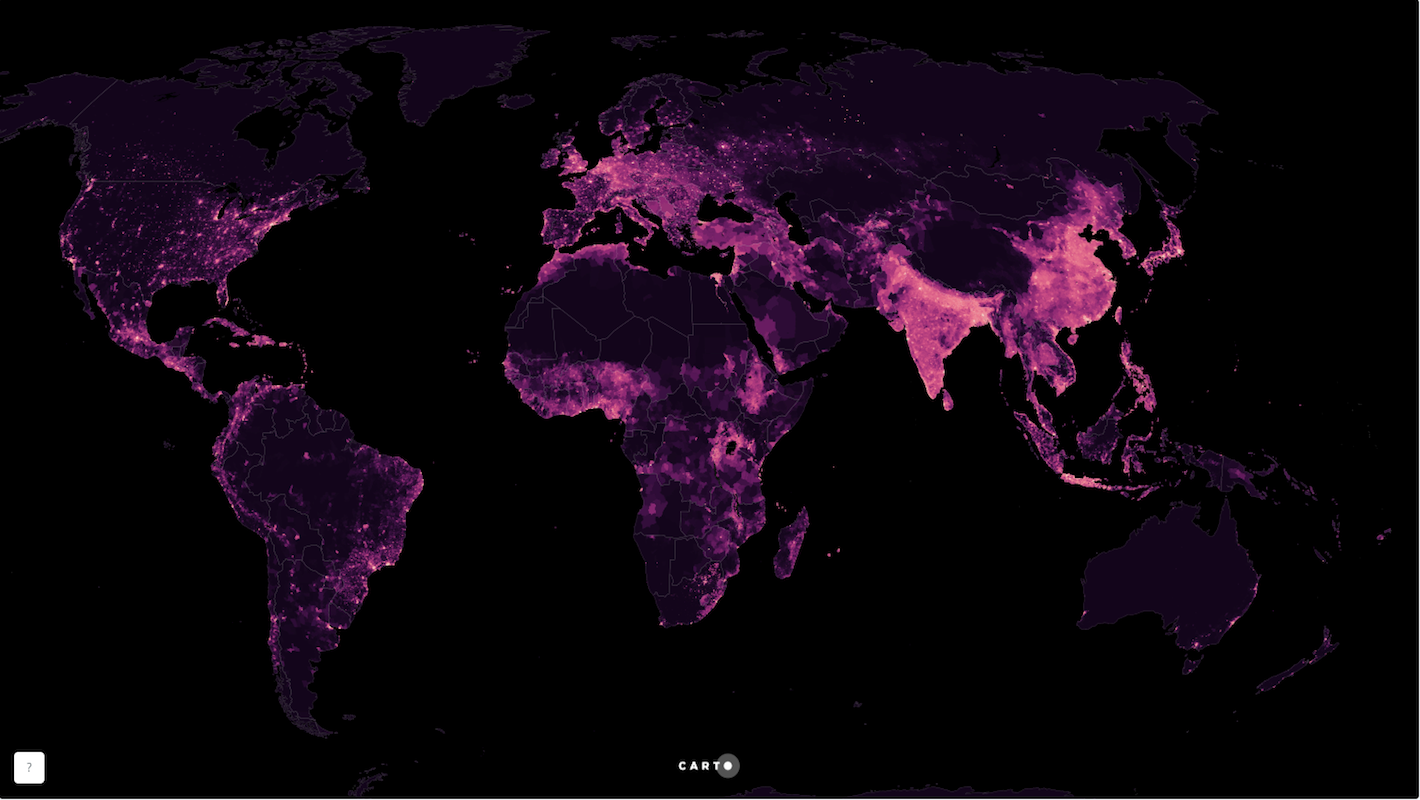 The rate of urban migration around the world is rising at an alarming rate. Experts estimate that 70 percent of the world’s population (more than six billion people!) will reside in urban areas by 2050. In response government officials are investing in data sharing technologies to discover ways to provide public services more efficiently.

This form of city planning has invariably been described as “smart” “intelligent” “responsive” “resilient” and more recent “senseable”. But how do these initiatives use open data to address the concerns of residents? In answering this question we discovered projects whose originality left us speechless and dedication to social justice inspired.

We’ve assembled the list below both to recognize these accomplishments and promote more work with open data! The examples are categorized by service type and alphabetically listed because projects democratizing access to open data should be celebrated equally:

Building an open data portal is expensive and returns on this investment can be difficult to measure. To ensure citizen engagement with open data portals city officials and third party partners are designing constituent-centric interfaces and applications. Here are our favorite web and mobile applications designed to help citzens navigate open data.

Dat
If you’re looking to get started with open data then Dat is the place to start! Dat is an open sourced decentralized data sharing tool trying to do for open data what Git did for source codes. Check it out!

OpenGrid
OpenGrid an interactive map platform is raising situational awareness for Chicagoans. Residents can easily search curated datasets including those provided by the City of Chicago and visualize the results on an interactive map.

Among the objectives for smart city projects is the goal to improve efficiency and these open data projects help citizens cut through bureaucratic red tape faster than ever.

Clear My Record
Clear My Record is a free web application that centralizes criminal records in a repository shared among various government agencies in effort to help citizens have low-level offenses expunged from their records. The level of efficiency provided led the San Francisco Public Defender's Office to implement the app to optimize operational performance.

Commonwealth Connect
Commonwealth Connect is a mobile app facilitating data sharing between government officials throughout Massachusetts. Residents can now report non-emergency issues that are housed in a data repository before being dispatched to the appropriate city or state agency.

DataHaven
DataHaven’s mission to collect interpret and share open data for better decision-making across Connecticut. Data visualizations for example are helping elected officials understand the interrelations among city and state services such as income-based segregation which has caused significant urban structural strain.

[OpenDurham]
The City of Durham avoided creating a city-wide data silo by building a shared [city and county open data portal]. Now local and municipal agencies can work together to improve services for their constituents.

openlaws
Staying informed about one country’s initiatives regulations and laws is hard enough let alone for each member state of the European Union (EU)! But thanks to openlaws EU residents working across national borders can sign up for mobile updates on latest information and changes to ensure all legal requirements are met.

OpenStates
OpenState provides a resource for U. S. citizens to research upcoming local legislature as well as compare legislative proposals to other states.

Local governments have adopted and adapted the service industry’s motto “The customer is always right ” with the help of open data. Check out the examples below to see how open data ensures that the constituent is always right!

BOS:311
The City of Boston pioneered Constituent Relation Management (CRM) with a technological update that turned the existing Mayor’s Hotline into BOS:311. This web and mobile app lets residents report non-emergency issues to the city’s Constituent Service Center which dispatches request to appropriate agencies across Beantown.

Young Europeans
Young Europeans uses open data from Eurostat to provide demographic sketch of EU youth ages 16 to 29. This web application is a great tool for youths throughout EU to stay informed on economic opportunities in neighboring countries.

Transportation and infrastructure form a city’s lifeline which explains why open data advocates have focused heavily on these two areas. The projects below make use of open data and in some cases are literally changing what it means to be data-driven.

Citi Bike NYC
Citi Bike NYC the largest bike sharing system in the United States provides open data on riderships routes and even individual bikes! Sara Robinson used this data to create a data visualization displaying gender patterns for bike routes across New York City which is a great example of what open data can tell us about our own cities!

Digital Matatus
Digital Matatus is a great example of a cross-sector solution to the problem of limited government resources. Developers and private citizens in Nairobi Kenya are helping local officials standardize a city-wide transit system by collecting location data with mobile devices to establish an open data network. An amazing first step toward becoming open data-driven!

MARTA on the Go
MARTA on the Go is a mobile app providing commuters real time service conditions for bus and rail transit throughout Atlanta's Metropolitan Area. MARTA is committed to building "livable" communities in areas with limited access to public services by building transit stops to encourage urban renewal in these locations.

Climate change has helped accelerate the rate of urban migration. From apps monitoring flood conditions in Germany to radiation level warnings in Japan these examples highlight cross-sector partnerships using open and public data to better prepare cities around the world to confront the challenges ahead.

BINGO
Portugal’s Laboratório Nacional de Engenharia Civil is leading an international coalition that is leveraging open data from EU member states to improve water management resources. SmartWater planning is a growing area with the field of open data and smart city planning and we’re thankful for this work!

The IoT of Smart Cities

Recent efforts to improve smart city grids and networks has led to the creation of sensor networks capable of monitoring a range of issues impacting residential living conditions. The Internet of Things (IoT) has enabled local officials to connect various devices throught the city to this type of sensor network which some are calling Smart City 2.0. The examples below both eased our fears of Big Brother and excited us about open data’s future.

Autolib
Autolib is changing the way Parisians get around the city of lights. As an intelligent public car-sharing service Autolib’s fleet of electric vehicles harness a constant stream of open data from kiosks and sensors around Paris not only to optimize commutes but also help in reducing air and noise pollution.

Array of Things (AoT)
The Array of Things (AoT) serves as a "fitness tracker" for Chicago. But instead of monitoring individual residents sensors monitor the city at a macro-level to ensure privacy rights remain intact. The data collected from AoT sensors will be made open to encourage developers to create more applications aimed at improving living conditions for Chicago residents.

RideKC Streetcar
Kansas City is piloting an Internet of Things (IoT) corridor along the RideKC Streetcar downtown route as part of an energy conservation initiative. Local officials are installing interactive kiosks with real-time updates on service conditions free WiFi hotspots and a responsive sensor system to monitor traffic flows so as not to waste energy during off-peak hours.

Smart Nation Singapore
Singapore is aiming to become the world’s first “smart” nation thanks to its open government data portal which also functions as a data repository for collected public sector data. What intrigues us about Smart Nation Singapore is its definition of “smart ” which has less to do with “technology” and more with how well society uses technology to address social inequality.

Smart Benches
Smart benches located throughout London are built with sensors to monitor and collect open data on traffic volume and environmental conditions. At the same time these smart benches provide more access to WiFi hotspots and solar-powered charging stations throughout London!

Urbanflow
Urbanflow has situated responsive 'living' screens throughout Helsinki projecting an interactive city map overlayed with a wealth of information to keep residents and visitors informed on local events. An interesting twist on our addiction to screens!

Access to open data has helped bridge the information gap between elected officials and their constituents. But what else can citizens do with open data to improve their neighborhoods communities and cities? Well as the examples below demonstrate a lot!

The Displacement Alert Project (DAP)
The Displacement Alert Project (DAP) exemplifies how location intelligence can be used for public good. The Dap.Map is an interactive web-based data visualization built with open data provided by city state and national agencies. The Association for Neighborhood and Housing Development is dedicated to ending the affordable housing shortage and alerting New Yorkers at risk of displacement is an important step in the right direction.

GetCalFresh
CalFresh is a web and mobile application for California residents in need of food assistance. Residents can now apply electronically for assistance which helps ensure resident's needs are met in a dignified manner.

Mapping Police Violence
Open data does not always present the full picture. The Mapping Police Violence project is a timely and important initiative demonstrating the need for even more transparency from open government data as it leverages data from various sources to address and redress racial injustice across the United States.

A 2016 Digital Citizen Survey found that since 2014 United States citizens’ expectations for digital government services have increased 15 percent and satisfaction with current services during this same two year span doubled.

Data-smart city planning is here to stay and we’re excited to support these important initiatives that make meaningful use of open data.

Did we miss a great project using open data? Connect with us on Twitter Facebook or LinkedIn and let us know!