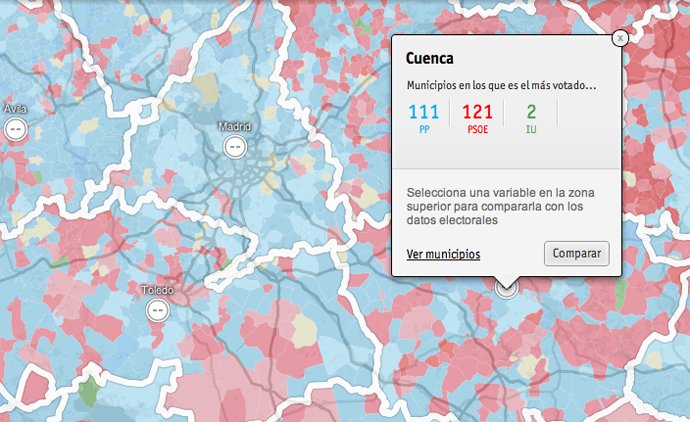 The Jury of the 20th Malofiej International Infographics Awards organized by SNDE has given a bronze medal to a Spanish public television (RTVE) online project powered by CartoDB and developed by Vizzuality -the company behind CartoDB.

The international jury met in the School of Communication of the University of Navarra from March 18th to 21th. The Awards have been given on Friday 23th March at the end of the 20th Infographics World Summit which has put together more than 200 professionals from all around the world. There were 1.356 entries from 29 countries.

The project developed by Vizzuality called "Microcospio del voto" ("Spanish voting under the microscope") is an analysis of data from the last national elections held in Spain. You can read RTVE's release on the award here (in Spanish).