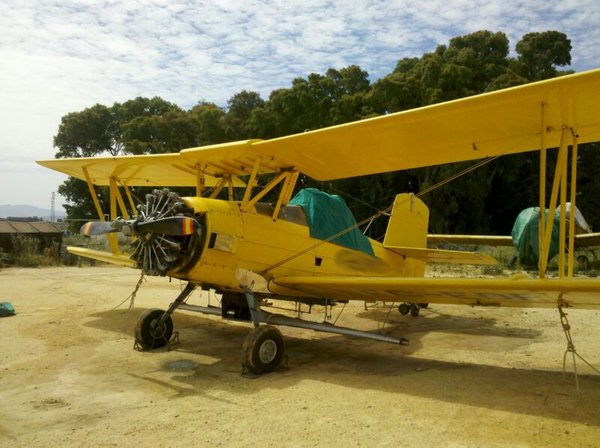 In August a group of technoligists and farmers came together in southern Spain. The group was testing a new precision agriculture device called Agroguía by planting rice over a 40 000 000 square meter plot of rice farmland the largest in Europe. To do it efficiently they were planting the rice using a plane reaching speeds up to 70 miles per hour. Agroguía had previously helped grain olive and vineyard farmers but only at tractor speeds and never from the air.

The Agroguía technology powered by CartoDB provides highly precise guidance during the planting spraying and harvesting on farms around the world. In the case of pesticide or fertilizer application for example farmers get the knowledge and confirmation that they have treated all the land necessary and no more reducing overlap and superfluous chemical use. In addition to guiding farmers in the fields Agroguía makes use of CartoDB to provide real-time statistics and data visualization. Reports are delivered to farmers automatically as emails with beautiful easy-to-read maps. The farmers can see exactly what areas of the fields they have covered and what amount of time it took. 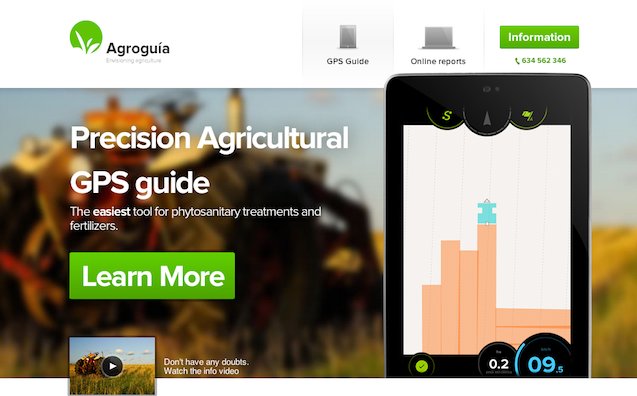 Agroguía is the brainchild of Javier Santana and was developed by him and others on the CartoDB team.

Born from generations of Valladolid farmers Javier grew up working in the fields with his father and grandfather. When Javier went to university to study telecommunications engineering he never stopped thinking about his family and wanted to use the things he learned to make the lives of people like them easier. While still in school he developed the start of what would later become Agroguía. It is a powerful technology born from a simple idea: Farmers could save time spend less money expose their land to fewer chemicals and minimize their waste by using high precision GPS to careful track their work. 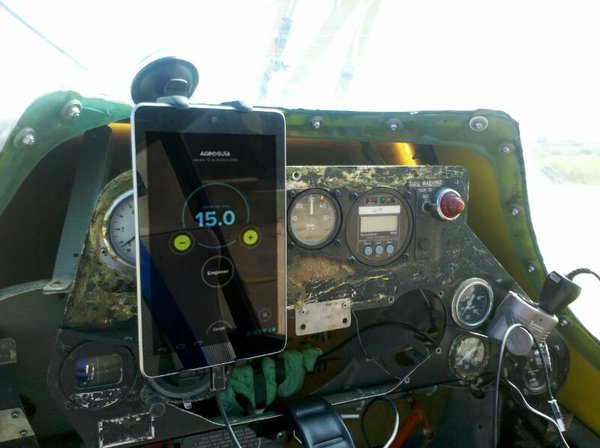 When these rice farmers in Cadiz tested Agroguía in their three planes the results were overwhelmingly positive. For rice in particular planting happens when the fields are under water leaving few visual references (such as tractor footprints). The farmers found that with Agroguía they were able to plant with accuracy and precision saving time fuel and seed. They minimized errors deliberately leaving some zones without any treatment. They also used the real-time statistics to learn how much field they could be able to treat per hour in order to improve their scheduling for even greater efficiency. 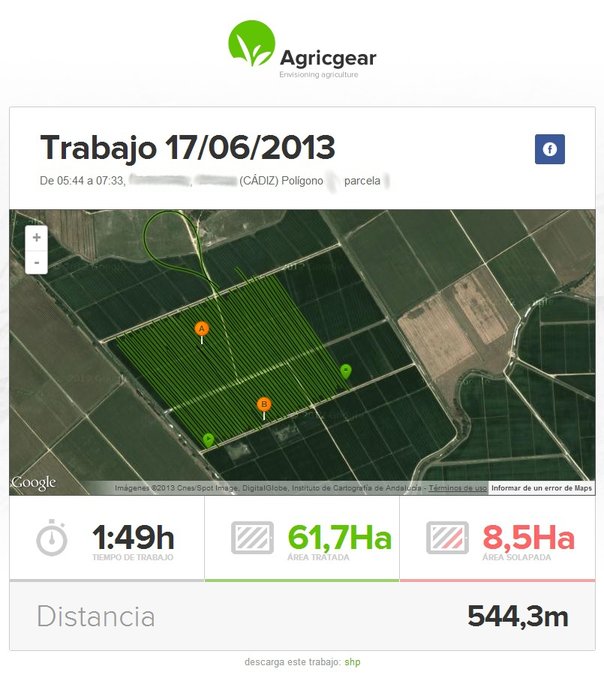 At CartoDB we were extremely pleased to hear that the first-of-its kind high-speed experiment has turned out so well.

This type of geospatial technology use — the kind that makes people's lives easier and helps protect the environment — are the type of progress we are always striving to make possible with the CartoDB platform. We believe that improved use and access to geographic data and the ability to visualize and access that data will improve many sectors. We always look forward to learning of novel applications. Send us your ideas and experiments if you have them or just stay tuned!

And in the meantime here is the promo video from Agroguia we love it.