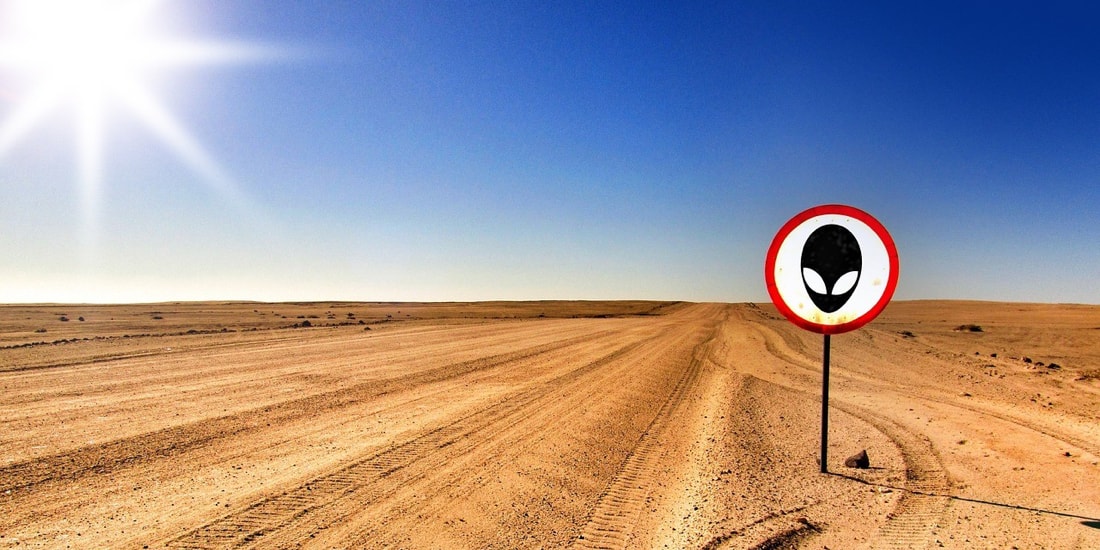 It started out as a joke-event on Facebook but 2 million registered event attendees later September 20th 2019 the scheduled date of "Storm Area 51 They Can't Stop All of Us" is shaping up to be a data that people around the world including the government of Nevada and the United States Air Force are keeping a close eye on.

Despite the 2 000 000 million eager alien-seekers on Facebook nobody is quite sure just how many people are going to show up to the big event but that doesn't mean they aren't taking it seriously. Lincoln County Nevada which is home to the Nevada Test and Training Range containing Homey Airport (a.k.a. Area 51) is a hyper-rural county. Despite its 10 637 square miles (just larger than the state of Massachusetts) it is home to merely 5 201 residents. It certainly doesn't have the capacity for roughly the entire population of Houston Texas to just show up on a late-September Friday.

In preparation not only has the USAF issued stern warnings against attempts to infiltrate the top-secret base but the county has declared a state of emergency in the run up to the event. But the thing is nobody knows how many people are going to show up. District Commissioner Kevin Phillips was quoted in USA today acknowledging that the county has "no idea what we're going to face – if anything."

While we may not know how many people plan to show up to "see them aliens " we decided to see if we can glean some insights from a modern data stream. We teamed up once again with short-term rental data provider Transparent who we worked with to look at the impact of the Champions League final in Madrid. We proceeded to map total properties and capacity (number of bed spaces) from short-term rental companies like VRBO Airbnb and Booking in Lincoln and surrounding counties to see if residents are actively preparing for and courting the coming UFO hunters. Given the relationship between supply and demand this data could help shine a light on what the Nevada desert should expect.

The above map displays the percentage change in total short-term rental capacity in Lincoln county and all neighboring counties across Nevada Arizona and Utah between June 2019 and July 2019 (the event was first posted on June 27th). The map allows you to filter by state and when clicking on a specific county displays capacity and property counts across those two months.

Much like the evidence surrounding the existence of a facility containing evidence of extraterrestrial life at Area 51 the data here is largely open to interpretation. Overall total capacity and property counts in the region did drop but the only county in which the drop occurred was Clark County Nevada. This drop could perhaps be attributed to the normal ebbs and flows in a major metropolitan area like Las Vegas. Outside of Clark county though 7 out of the 8 counties experienced an increase in capacity from June to July (the 8th being Millard County Utah which experienced no change.)

Keen observers may note that this data isn't terribly significant as two of the counties with the largest increase in capacity (Lincoln County - 13.64% increase and White Pine County - 18.64% increase) really only gained a small handful of new properties (1 and 4 respectively). That said the remaining counties averaged a 9.7% increase in capacity. While correlation does not imply causation it is an undeniable fact that some counties around area 51 are now able to accomodate more alien hunters.

To get a true sense of how the region may be expanding short-term rental capacity to meet a perceived need it will be interesting to look at further change from July to August and then into September. And of course come September 20th we'll know if this was a boom or a bust. And you never know we may just see them aliens! (Just remember if you are going "If we naruto run we can move faster than their bullets.")

Want to learn how leaders in Real Estate and Travel are leveraging short-term rental data and other data streams to drive investment analysis and geomarketing decisions?

Check out our webinar with Transparent!

Introducing CARTO Workflows - a no code tool for processing and analyzing spatial data! Unlock spatial analysis without needing to know SQL or Python.

Announcing our latest release of CARTO cloud-native features for Q4 2022.