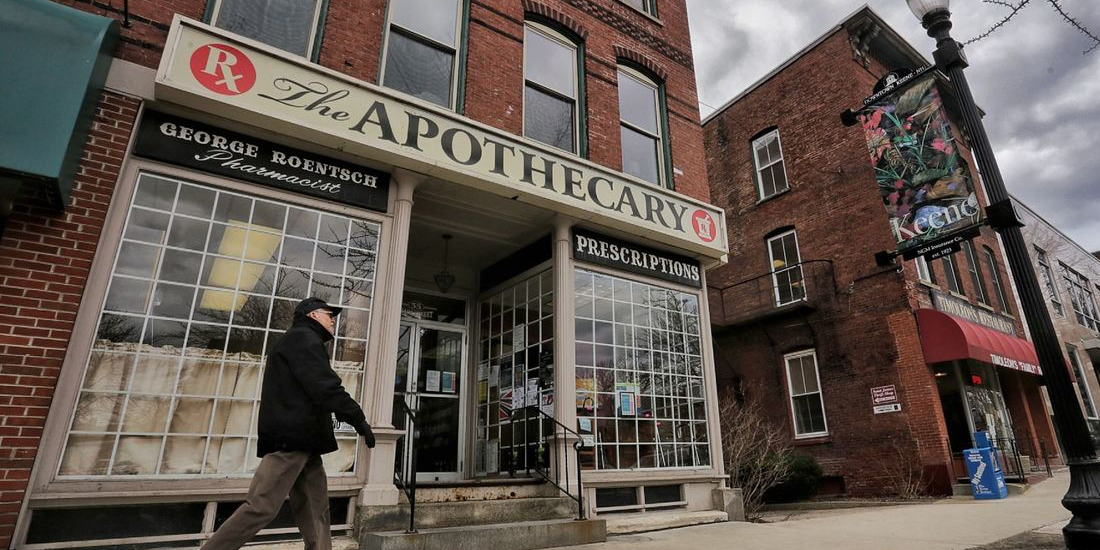 U.S. health inequity studies tend to focus on accessibility barriers caused by the industry’s fee-for-service model  but physicians  insurers  and public health officials have recently turned their attention to questions related to pharmacy accessibility. “There is substantial variation in the availability of pharmacies across the country ” explains Dr. Dima Qato. In a 2017 publication  Dr. Qato and her research team explored the varying degrees of pharmacy accessibility using 2015 data. While 90% of Americans filled more than 4 billion prescription orders (12.7 per capita) at community pharmacies located within 2-miles from their homes  when this national-level data is disaggregated and studied at the county level issues pertaining to accessibility appear to be more complicated. Additional findings included:

Problematically  as independent pharmacies go out of business  and especially those serving as the sole pharmacy within a community  more Americans will find themselves at-risk of living in a pharmacy desert.

Let’s take a closer look at how accessibility problems caused by an uneven distribution of pharmacy store locations can be resolved using location data  spatial analysis  and data visualizations.

Travel impedance is a contributing factor to patient adherence  and one way professionals in the healthcare and pharmaceutical industries are working with Location Intelligence to reduce non-adherence rates involves performing Areas of Influence (AoI) analysis. As a type of spatial analysis  AoI analysis spotlights the attenuating effects of distance impacting and informing patient behaviors  actions  and decision-making processes within a given network. Public health officials  primary care physicians  insurance analysts  and hospital administrators can run an AoI analysis to find answers to an array of questions including:

Recently  Madhury Ray  MD  MPH  Senior Risk Analyst  and Francoise Pickart  Director  Risk and Analytics  Office of Emergency Preparedness and Response (OEPR)  of the New York City Department of Health and Mental Hygiene (DOHMH) performed an AoI analysis to help field the high-volume of pharmacy-related questions from patients utilizing one of the city’s 39 low-cost health centers. Since collecting detailed information on each of the 2 845 pharmacies in New York City was not an option for healthcare center staff (not to mention the resources needed to maintain accurate records for each store)  AoI analysis presented a more efficient alternative that identified pharmacies with a travel-time of 15 minutes by foot from each of the aforementioned healthcare centers.

The DOHMH first mapped all low-cost healthcare centers using red crosses and all pharmacies as points across New York City. Next  each pharmacy was styled by store type (independent  chain  hospital  distributor  supermarket  and other) using the auto-style feature.

Then a second map layer was added to the data visualization featuring yellow polygons covering a 15-minute walking distance around each healthcare center. In order to link the two layers together one final analysis was performed  called filter by layer  which allows map users to filter data from both layers in a single widget.

If you’d like to learn more about working with location data and spatial analysis in the healthcare industry  then don’t miss our Sanitas case study on optimizing site selection process with Location Intelligence.  Check it out!

Outcomes from areas of influence analysis

At first glance  it seems as if 33% of all New York City pharmacies are located within the 15-minute travel distance buffer for low-cost healthcare centers. But when examined at a more granular level there was cause for concern related to pharmacy accessibility:

Several of these preliminary findings align with Dr. Qato’s conclusions. For example  independent pharmacies tend to provide more accommodations than retail chain pharmacies  especially home delivery services  which have proven effective in reducing patient non-adherence rates. Independent pharmacies also tend to be better equipped and staffed to meet the needs of their local community  which many studies have found helps reduce utilization barriers for customer  and especially customers for whom English is not their first language. In fact  CVS Health attempted to mimic this customer-centric approach lauching CVS Pharmacy y más in 2016 in Hispanic communities across the country. As such  patients traveling from a healthcare center in Manhattan  like Covenant House  to a nearby pharmacy may encounter certain barriers.

Ensuring pharmacy accessibility may be key to confronting opioid epidemic

A July 2017 BuzzFeed News article reported on findings from a new federal study revealing that doctors in some U.S. counties had prescribed more than six times the amount of addictive pain pills than their counterparts in other counties. Since 2010 prescription rates for opioids have declined nearly 18%  but the Center for Disease Control (CDC) warns that over-prescribing continues  as evident in the nearly 1 000 emergency room visits each day from patients misusing pain medications.

In the data visualization below  2015 opioid prescriptions were mapped in morphine milligram equivalents (MME) per capita for all U.S. counties:

In the past  pharmacies dispensing addictive pain pills appeared to be contributing to this national epidemic  but recently retail chains including CVS Health  Walgreens  and RiteAid have announced a shared commitment to making overdose-reversal medications available with or without a doctor’s prescription. In short  pharmacy accessibility has never been more important.

And yet  the Chicago Tribune reports  pharmacy deserts are contributing to the unevenly distributed effects of the opioid epidemic across Cook County  Illinois.

The data visualization below identifies 13 census tracts (colored blue) that in 2015 did not have a single pharmacy located within a 1-mile buffer (colored gray).

As reported in the Chicago Tribune  the research finds pharmacy deserts prevalent in low-income neighborhoods whose residents are predominantly immigrant  black  and/or Latino. “[T]he widening scope of services many pharmacies are providing ” reads a passage from the article  “pharmacies are increasingly important pieces of the national conversation around health care  especially where health inequity already exists.” The pre-existing conditions contributing to Chicago’s health inequity are exemplified in the following data visualization displaying active pharmacy locations as of June 2017 (red dots) and community areas where opioid-related deaths are higher than the Chicago average.

In community areas along the Chicago’s South and West sides  including O’Hare  West Pullman  and Riverdale  there appears to be a correlation between the higher than average amount of opioid-related deaths and the prevalence of pharmacy deserts. In other words  areas at-risk of becoming or that already are pharmacy deserts cannot access the very pharmacies where overdose-reversal medication is made available to combat opioid-related deaths.

[G]iven the widening scope of services many pharmacies are providing  including physicals  immunizations  drug counseling  sexually transmitted infection screening and other laboratory testing — even access to naloxone  the medication used to reverse opioid overdose — pharmacies are increasingly important pieces of the national conversation around health care  especially where health inequity already exists.

There’s lots more to say about working with location data  spatial analysis  and Location Intelligence within the healthcare industry. If you’re in or around New York City in May  then make sure to attend CARTO Locations where Madhury Ray  MD  MPH and Francoise Pickart from the New York City Department of Health and Mental Hygiene (DOHMH) will be speaking!