In following examples, Vector Elements - Markers, Points, Lines, Polygons, Texts, BalloonPopups and a 3D model - are added by the application. For each object, the styling is defined and objects are created based on given coordinates.

In the first example there is creatio of LocalVectorVectorDataSource object named ‘vectorDataSource1’ that is attached to a VectorLayer which is added to a MapView. Other samples do not repeat this.

Note: A popup (callout, bubble) which appears when you click on map is a vector element of its own, and should be added using map click listener. 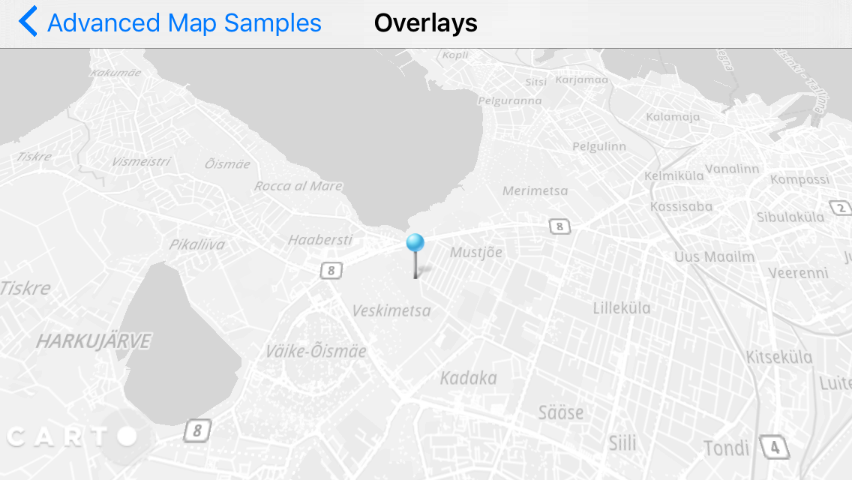 Points are used to indicating specific location points on a map, similar to Markers. However, Points do not have overlapping controls and cannot be use with billboard style version 2.5D. If you have a lot of data (thousands of points) and are not using 2.5D views, use Points as an alternative to Markers. Your rendering time will be significantly faster.

You can add any type of vector objects to the same Layer and LocalVectorDataSource. This enables you to reuse settings for a defined Marker. It is recommended to define different Layers and DataSources for managing your objects, as it allows you to:

Lines can be added to the same VectorDataSource, it is defined by an array of MapPos locations, which goes to MapPosVector object: 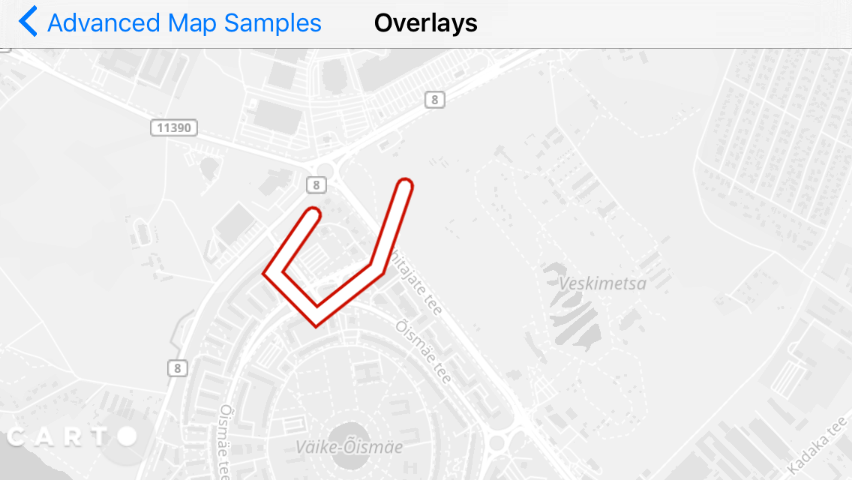 Add a polygon and apply polygon styling using the following code. The following examples add a polygon with polygon holes, note that you need to use MapPosVector object for polygon coordinate arrays : 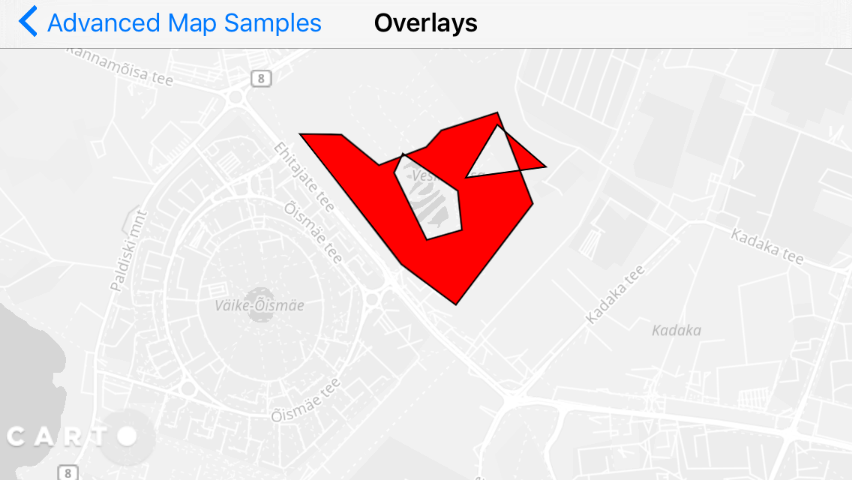 Text style parameters are similar to Markers, as both are Billboards - which are MapView objects that contain the following features: 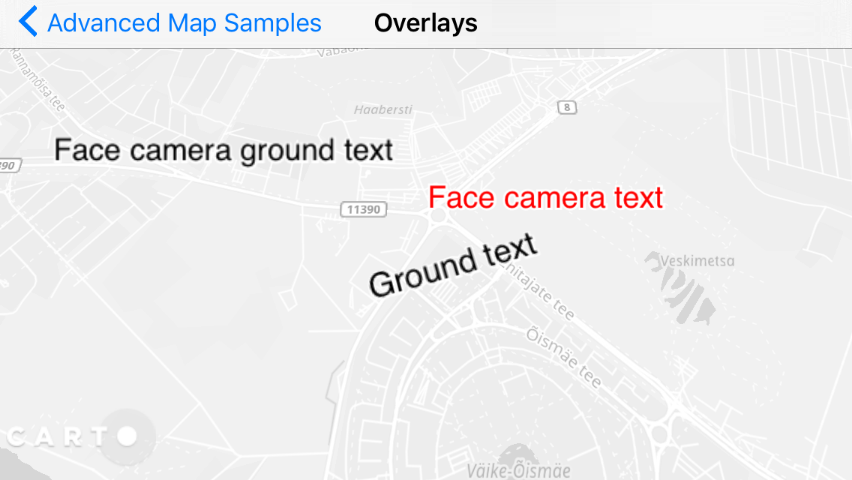 A BalloonPopup appears often based on click event of an object, but you can use it also as stand-alone visual object instead of Marker, as you can define always-on text on it. Note that these examples contain several special styling elements, such as:

Tip: To use these styling elements as part of your own project, copy the above .png files, to your local map application project. These are in our sample apps in github. 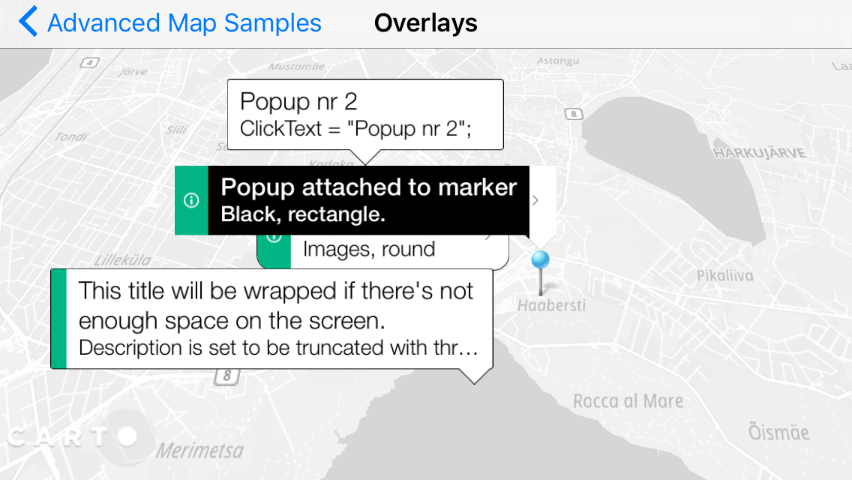 One special feature of the Mobile SDK is that you can add 3D objects (3D models) to a mobile map. For example, you can add small moving car or other decorative or informative elements.

Note: 3D objects are added to the same LocalVectorDataSource as 2D objects. However, 3D objects are only supported using the Nutiteq 3D Model (NML) format. This custom format is optimized for the multi-resolution of 3D files on mobile apps.

The following procedure describes how to setup and add a 3D object to your mobile MapView: