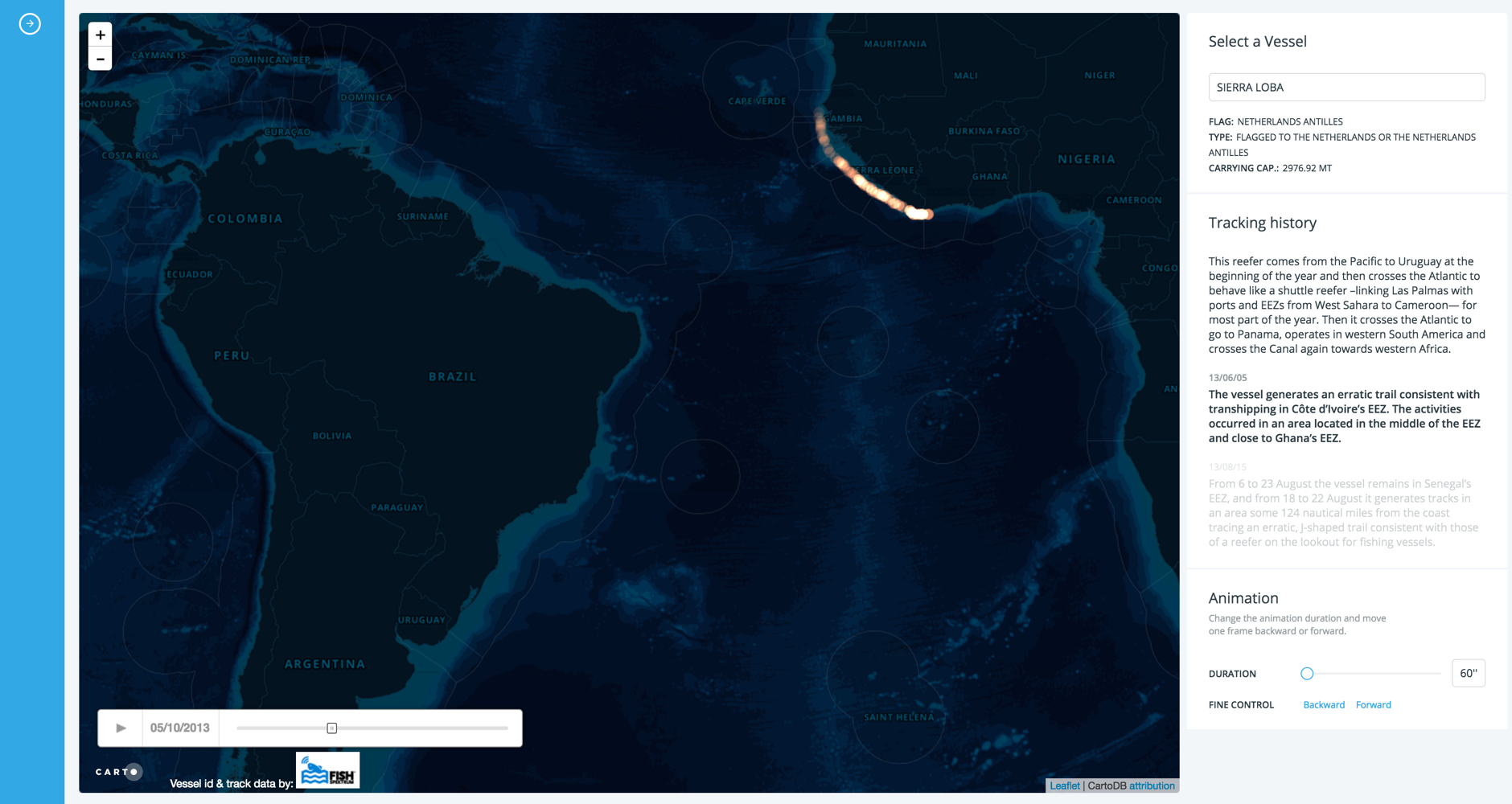 [CARTO] has an extensive history with working alongside non-profits and non-governmental organizations to provide insights to better serve humanity and the world. Recently several NGOs and different environmental organizations like FishSpektrum a big data project focused on improving knowledge on fishery activity around the world have been working hard to bring awareness about a global problem affecting humanity especially in Western Africa: overfishing.

The countries comprising this region have some of the richest areas of fishing waters where many commercial fishing vessels supply markets in Asia and Europe. However it has produced critical social economic and human consequences especially to artisanal fishing people.

International efforts started to monitor and report overfishing and illegal fishing activities to avoid the complete extinction of West Africa’s fishing population. Their efforts helped mediate the loss of a vital source of protein for West Africans and opportunities left for regional production and trade.

Despite the cautions that were implemented illegal unreported and unregulated (IUU) fishing is at the center of the problem.

To have a clear image of the big impact of these fishing practices movement of 35 reefer ships in 2013 was represented using the CARTO platform based on FishSpektrum databases -- one of the world’s largest fishing vessel tracking resources.

By using this interactive visualization you can check the itinerary of each vessel the stops it makes and the trips it fulfills. Also the visualization emphasizes areas of transhipment and displays catches from small fishing boats to reefer ships.

You’ll notice that each orange dot shows a point where a boat has emitted a signal where an elevated number of signals turns into a hotspot represented by a circle. This means that at these specific places the ship has either switched off its engine or has reduced its cruising speed to a maximum of 1 knot the equivalent of one nautical mile per hour.

A high density of hotspots and a variable track pattern reveals that vessels are fixated on a particular area and are focused on specific transhipment practices.

CARTO’s location intelligence helps indicate where there are IUU routes and where fishing may occur so that they can be more controlled to assure the correct activity on the pathways of the ocean’s water avoiding the possible extinction of species.

Ending IUU fishing and developing strong national and regional fishery sectors can generate multiple benefits and sustainable development. We hope to continue to see positive changes towards getting this crisis solved soon.