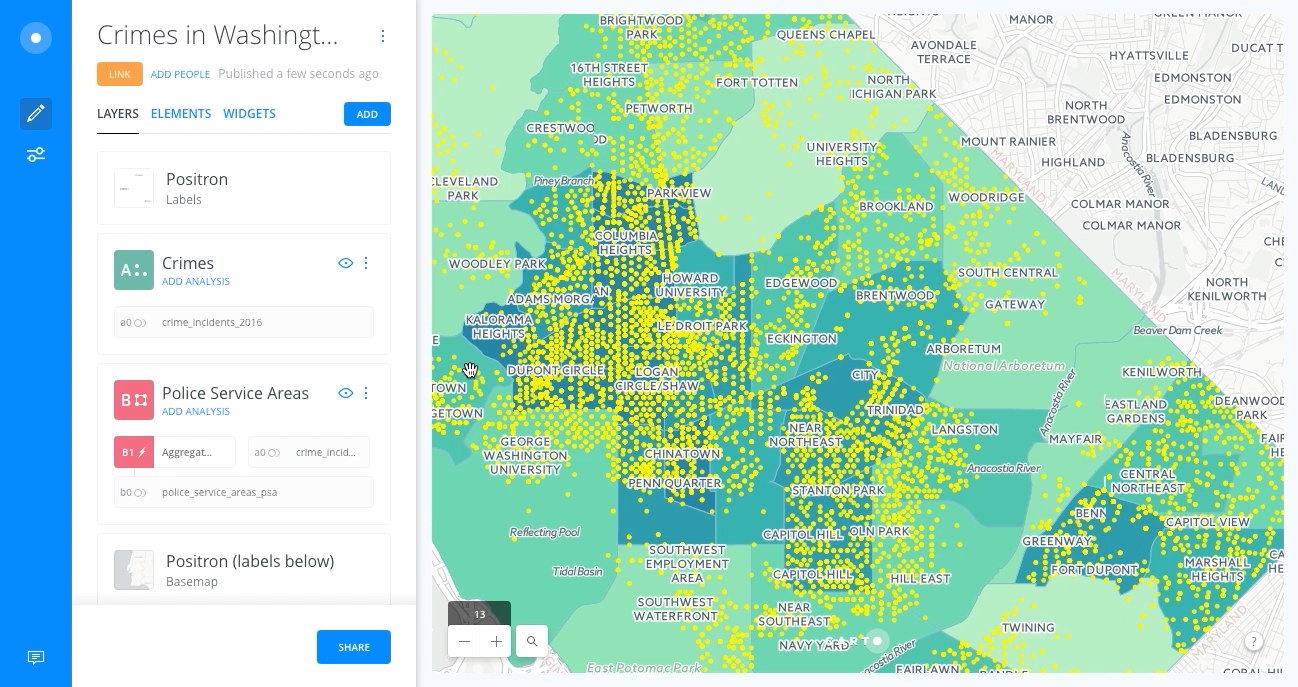 The version control feature was integrated into the Share and Publish functions in CARTO Builder. Previously when sharing or publishing a map the published map automatically reflected the changes and edits as they were being made and many users liked the ease at which their maps could be updated and viewed publicly without having to do anything extra. However for maps that are constantly evolving this created some issues for user's workflow.

For those unavoidable times when you start experimenting with different colors and elements we added one step to the publishing process that will allow you to experiment with your visualization without interrupting the public-facing version of the map.

Now CARTO Builder maintains two versions of every map. One version we can call the "development" version which --as in the Editor-- is being autosaved and is only accessible by the owner of the map. The second is the public version. This is the version the public will see via the link to the map or the application and/or website where the map is published. You decide when your latest edits are ready to be seen by the public.

After making your edits and the time comes to UPDATE the public version of your maps you will just need to click on the SHARE button and then the UPDATE button in the new window just below the name of the map. From this moment on the changes you made will be visible to public viewers!

Don’t worry though the data will be refreshed automatically so creating real-time maps is still completely possible.

We’re still gauging interest among the CARTO community about having full version control of your maps. So every version you work on can be saved independently (and then restored). How does that sound?

Let us know what you think! For any Builder related questions please reach out to builder-support@carto.com.