By analyzing NYC yellow taxi pick-up and drop-off data, we identified the hotspots following the NYC pride parade. Where did you end up? 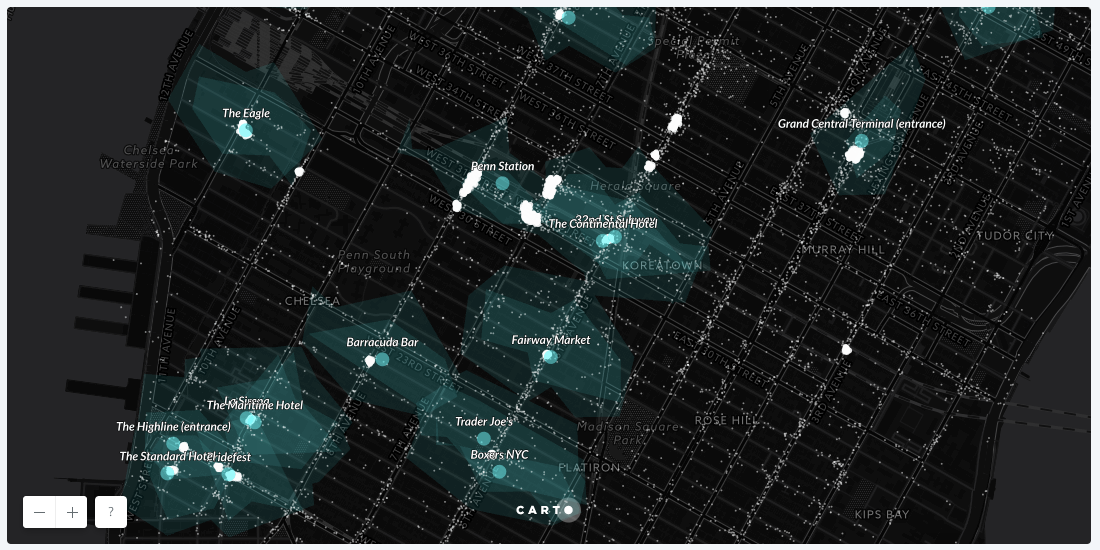 Each year New York City celebrates Pride Month with a large procession down 5th Avenue passing by the Stonewall Inn the site of a police raid in 1969 that launched the gay liberation movement.

The event which marks the important political social and historic impact of the gay liberation movement also has a significant physical and spatial impact on the city. We wanted to find the post-pride parade hotspots to assess the effect the parade on local businesses and transit. (And also it's just kind of cool data).

We took yellow NYC taxi pick-up and drop-off data from Sunday June 26th 2016 (NYC only releases taxi data monthly so we'll update this once we have 2017 data!) and compared it with data from the previous Sunday (June 19th) to get a somewhat like-for-like comparison.

We plotted taxi drop-off locations where:

We then clustered these points using a commonly used spatial clustering algorithm called DBSCAN which looks at the density of points within a specified region and groups points if they are sufficiently densely packed.

Because we are interested in finding the specific locations where people go we set our search radius for the algorithm to be fairly small (10 meters or around 32 feet).

From here we looked at where these clusters are and what is in the area. Our seasoned team of expert LGBTQ socialites handpicked some of the larger (and thus more likely) events businesses and public venues where we see clusters and used CARTO’s walkshed function to calculate 1-min and 2-min walksheds around these areas to see if the clusters fall in these regions.

Where did people go in 2017? Check back in a few weeks to see what the data tells us. Happy Pride!