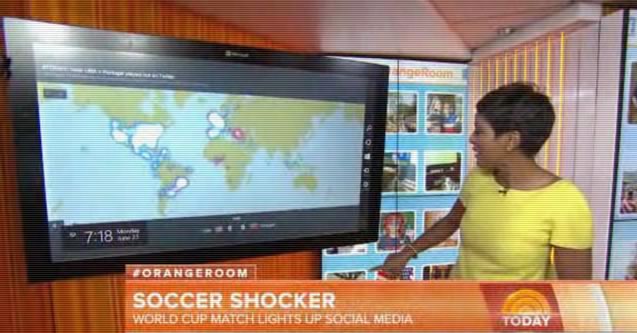 During the last months CartoDB maps have made it to lots of media outlets, generating millions and millions of map views all around the world covering very different issues. Some of the maps are about the most global event of the summer, the Brazil World Cup.

Twitter is doing an amazing work of analyzing how people is tweeting about the World Cup. You can check out the Twitter Data account. One of the tools they are using to communicate how the event develops in their platform is CartoDB. They load tweets extracted from their platform into CartoDB to generate animated storytelling maps like this one, which illustrates the match between USA and Portugal:

These maps have been getting lots of attention and have been featured in NBC’s Today (one the longest-running daily US shows), ESPN, and publications like Time, USA Today, UK’s Daily News”

Other examples of recent major events include #bringbackourgirls, the release of the new Beyoncé album, the Superbowl final, Real Madrid’s Champions League victory” 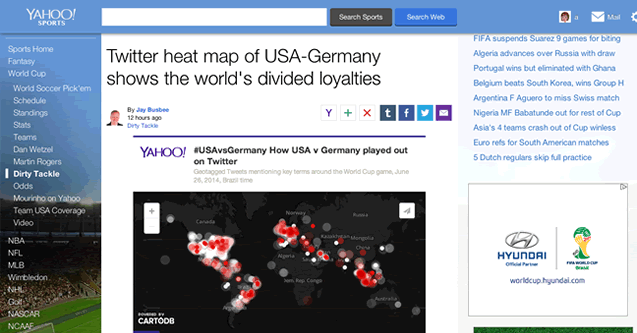 CartoDB enables any newsroom, brand, or agency to create engaging pieces of content in the form of interactive maps that illustrates stories. These maps provide a new dimension to content, giving insights of how people react to brands and events.

Up until know measuring how people reacted to events was a slow and expensive process, but in the social media era everything changes, and CartoDB lets you visualize, analyze and understand user behavior in real time, getting data directly from sources like Twitter.

We are (even) Big in Japan 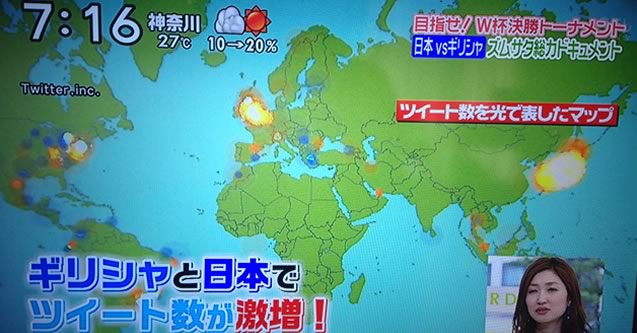 Also, Twitter maps about the World Cup, made with CartoDB, have been shown in four out of six nationwide TV networks (NHK, Nippon TV, TBS, FUJI TV).

Maps for your brand or event

Head over to our Twitter Maps solution page to get more information and apply for the beta program.

Submit your maps to the FOSS4G Map Gallery