Welcome Miles Grimshaw to our Map of the Week series. Miles has used Kimono Labs and CartoDB to visualize one year of his Citibike trips (the bike service in New York City). Here is the result.

Thanks in large part to the NSA we are increasingly aware of the extent to which our digital lives are being tracked recorded and analyzed. But it is easy to forget that our seemingly analogue activities can leave just as significant of a digital footprint as digital services.

Citibike is a fine example. Over the past 10 months I made 268 trips on Citibike and like all Citibike trips each of these was meticulously recorded and stored away online by the Citi service. Unfortunately Citibike does not currently have an API nor any export functionality making it difficult for anyone (NSA or otherwise) to explore their data.

Enter Kimono Labs to the rescue!

Kimono recently released released Authenticated API creation. This new tool makes it incredibly simple to scrape data from behind log-in portals. In less than 5 minutes I set one up to extract my Citibike trips.

With the raw data in hand I turned to CartoDB to visualize it. CartoDB is the best product I have found for visualizing geo-temporal data. I teamed up with Andrew Hill developer evangelist at CartoDB to make a beautiful moving map of my life zipping around NYC.

Looking at the trips and parsing the data it becomes clear that de Blasio could easily figure out things like: where I live and work if I lost my job if I was dating someone (or having an affair if I was listed as married in the census).

Static Maps of Our Trips

In the graph below you can easily see how much faster I bike during morning commute relative to other trips how my weekend rides tend to start later in the day and also the handful of late night bikes home. 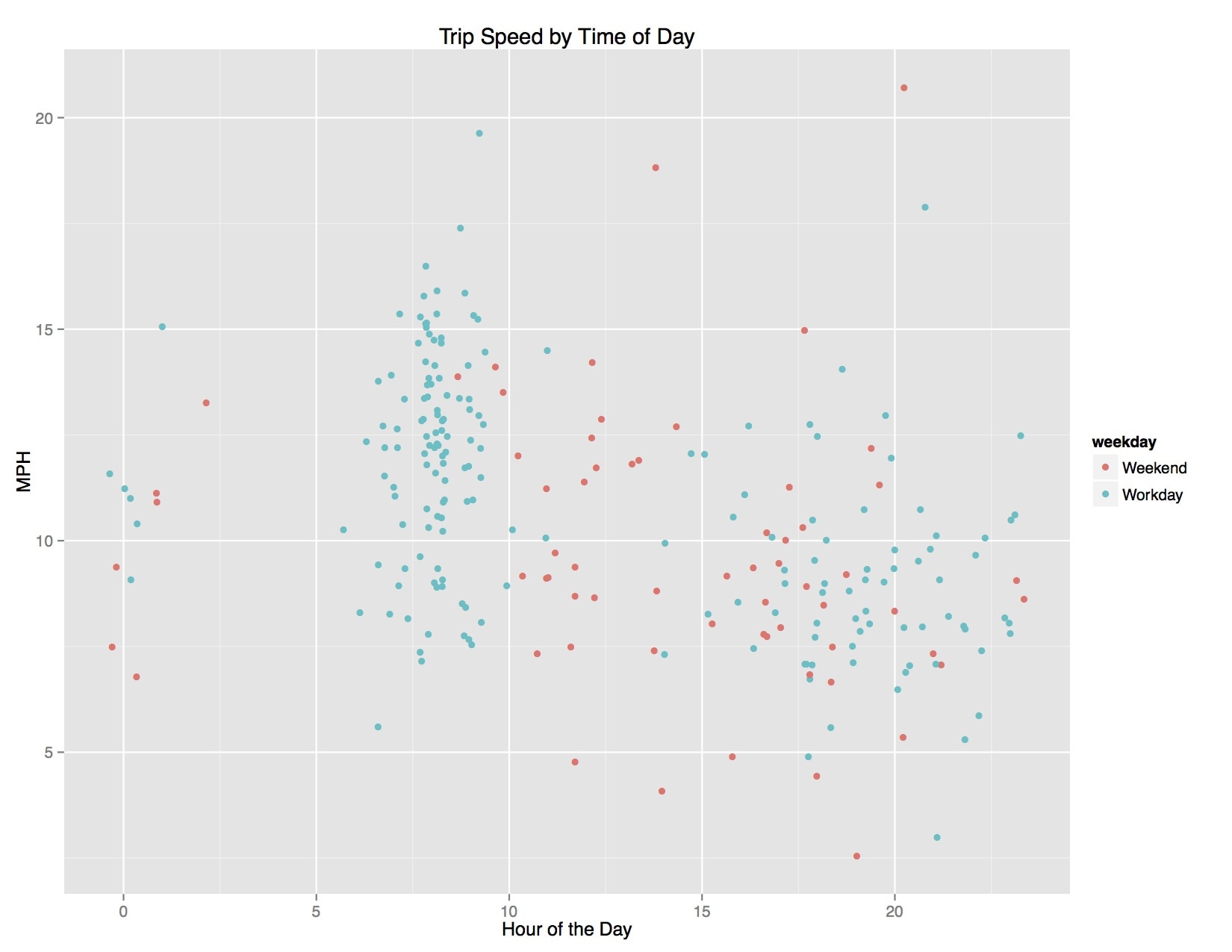 Thanks: A big thanks for Andrew Hill for doing things in PostGIS I have no idea about and to Bay Gross for his edits.