Map of the Week: Private Contributions in Argentinian Elections

Welcome Andy Tow for this new Map of the Week. Andy is an adviser in the Argentinian Senate, and blogs relentlessly about elections and politics with a focus on quantitative information and analysis. In this map he shows extensive information about the private contributions in the 2013 primary legislative elections.

Check out the map, and read how it was done:

This map depicts private contributions at the Argentine primary legislative elections of 2013. The original data was taken from the Cámara Nacional Electoral (national electoral court) http://www.electoral.gov.ar, which published in Excel Online. 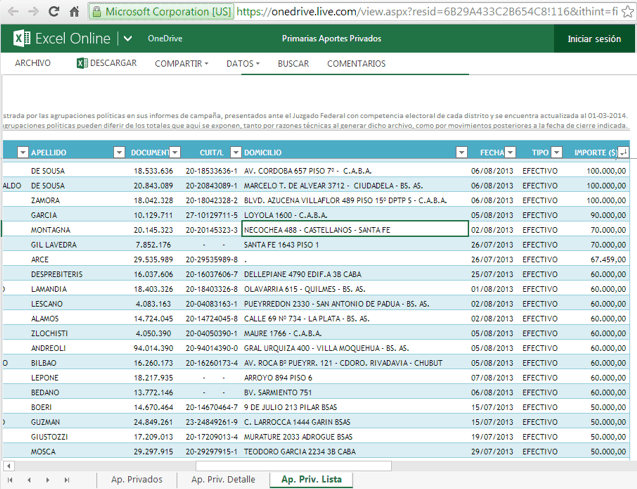 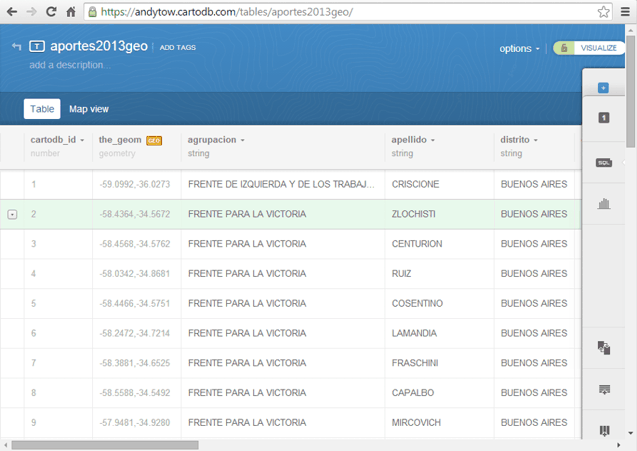 I created a CartoDB visualization based in a custom basemap taken from a Mapbox customization by the Mozilla Foundation, with four layers from the above table, using a Custom SQL query SELECT * FROM” WHERE “ for each party aggregation. 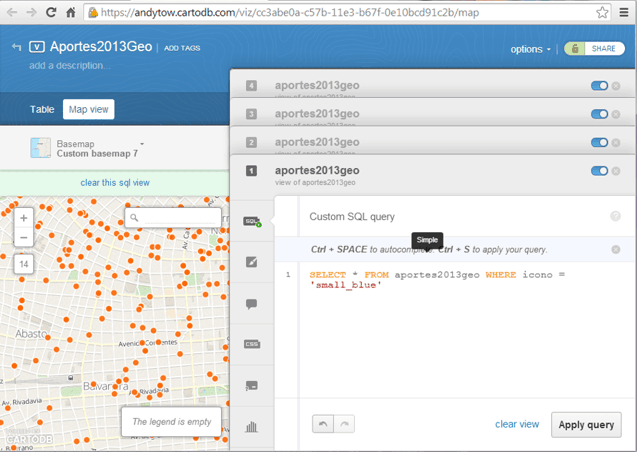 In the CartoDB Wizard, I chose bubble using the amount of money for each contributor field, with Jenks quantification, a min-max radius of 5 to 30, a bubble fill from a color palette for party aggregations I used in my Electoral Hack 2013 http://elecciones.andytow.com, and a white stroke of 1.5.

In the CartoCSS editor, I copied the same series of marker widths for each layer, for scale normalization. I also gave all the layers the same bubble parameters, except for the color, used to identify party aggregation. 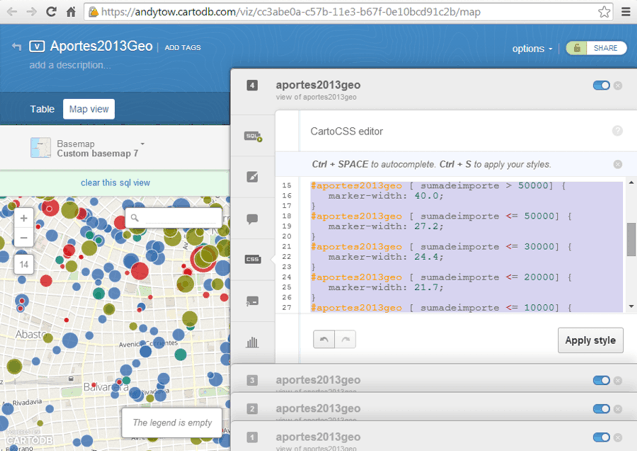 I cleared all legends except for one, which I entirely customized in HTML, using a .png with bubble size for all party aggregations, with a scale. In the infowindow I put the district party name, the district name, the name of the contributor and the amount given. 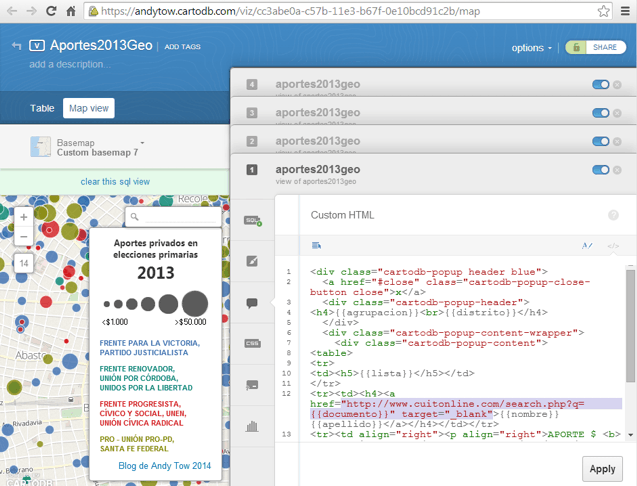 Finally I added a link for each contributor to an external site which returns tax registration from an official tax ID which was also in the original data. 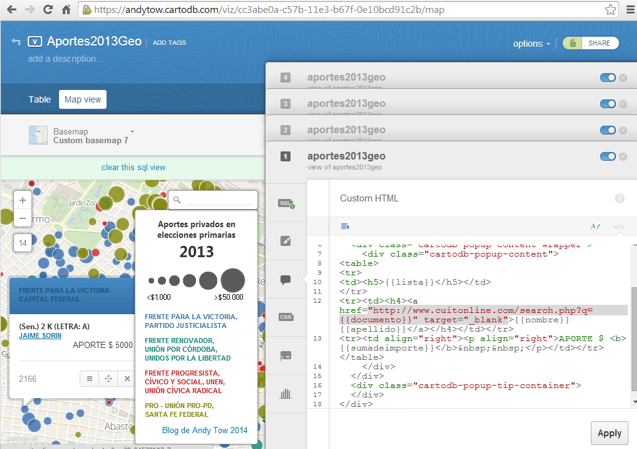 A Picture is Worth 1,000 Attributes: Infowindows with Google Street View Images