In exactly one year from today the force will re-awaken with Star Wars: Episode VII. Until then get caught up on humanity's favorite space saga with this comprehenisive map of the Star Wars galaxy:

Yeah we're geeking out too. Thanks to Henry Bernberg a long-time Star Wars enthusiast and soon-to-be Master of Urban Spatial Analytics #upennschoolofdesign #spring2015 #congrats superfans and map-makers alike have a stellar visualization (pun points!) to explore.

Henry was inspired to undertake his ambitious project after finding W.R. Van Hage's "Map of the Star Wars Galaxy": 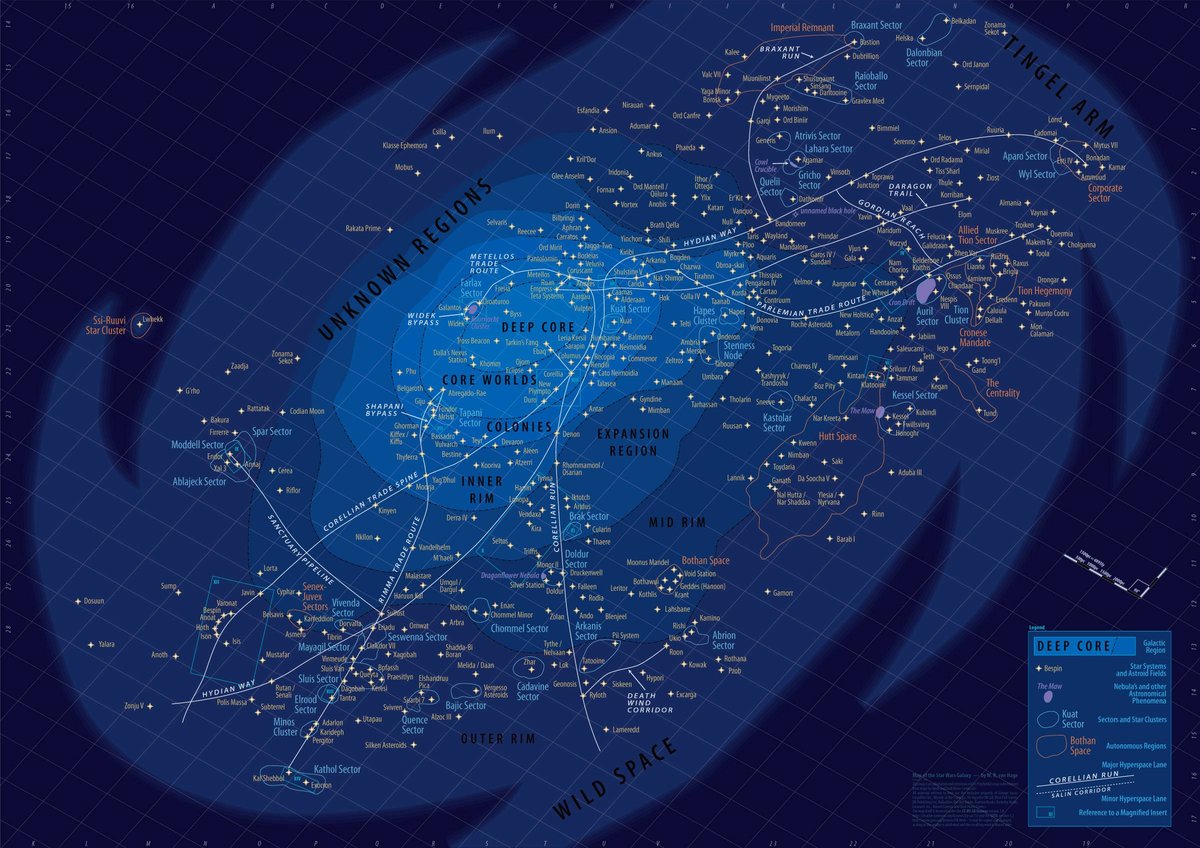 While quite beautiful this map lacked interactivity which led Henry to search for more. When he found Modi's map and the official Star Wars' The Essential Atlas Henry realized that the world needed a user-friendly portal to search for planets and objects in the Star Wars universe that would link to Wookieepedia and other fan-friendly resources.

Combining mapping design and data skills Henry made georeferenced scans of Essential Atlas maps come to life. For more insight into Henry's mad skills and process behind this project peep the wesbite.

In the future Henry envisions adding specific search and navigation functionality so that users can locate planets by name and determine the distance from Endor to Hoth (note: Ewoks > Wampa) #prepareyourspacesuit. In the meantime: if you see something say something. Help Henry continue mapping the Galaxy Far Far Away in time for 2015's big release.