CartoDB is very honored to announce that we've been nominated for a Webby! How do you say thank you in five words or less? 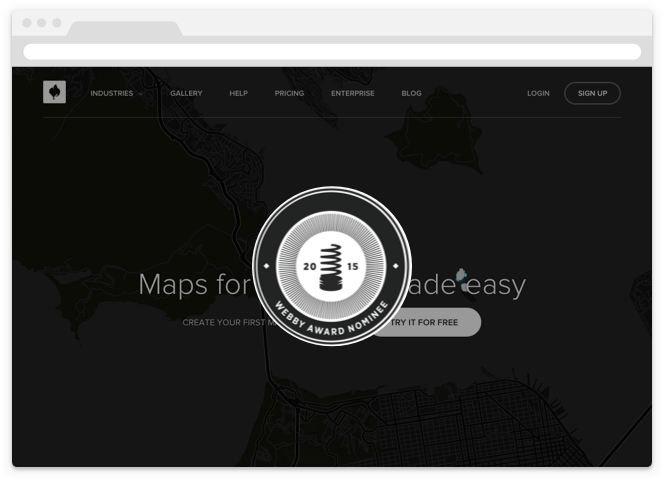 The Webby Awards are kind of a big deal - last year they received 12 000 entries from all 50 states and over 60 countries. They are known for setting the tone in Web-oriented pop culture among other things. Declaring the selfie as officially passé and Between Two Ferns as Interwebs gold. More than that in the spirit of the open Web it allows the public to set the trend for what is hot on the Internet and in technology.

Out of millions of sites videos mobile apps in existence and the tens of thousands that were submitted there are only a handful of Nominees that were selected by the Academy for the 19th Annual Webby Awards. Sharing the space with four other formidable websites we've been selected as one of the best in the Web Services and Applications category.

Our diligence as a creative functional and exceptional geospatial service has led the thousand plus judges to nominate us but it is up to you to let the rest of the world know how awesome we are.

What we need from you is to VOTE! You have already demonstrated that CartoDB is where it’s at in innovative technology. Now it's time to get the rest of the world on board. Voting ends April 23 at 11:59PST.

Thanks and Happy Mapping!