Unless you're Leonardo da Vinci, being both an artist and a scientist doesn't come naturally, so we've found two maps that demonstrate how colors, labels, boundaries, and symbols can help you create a powerful map. 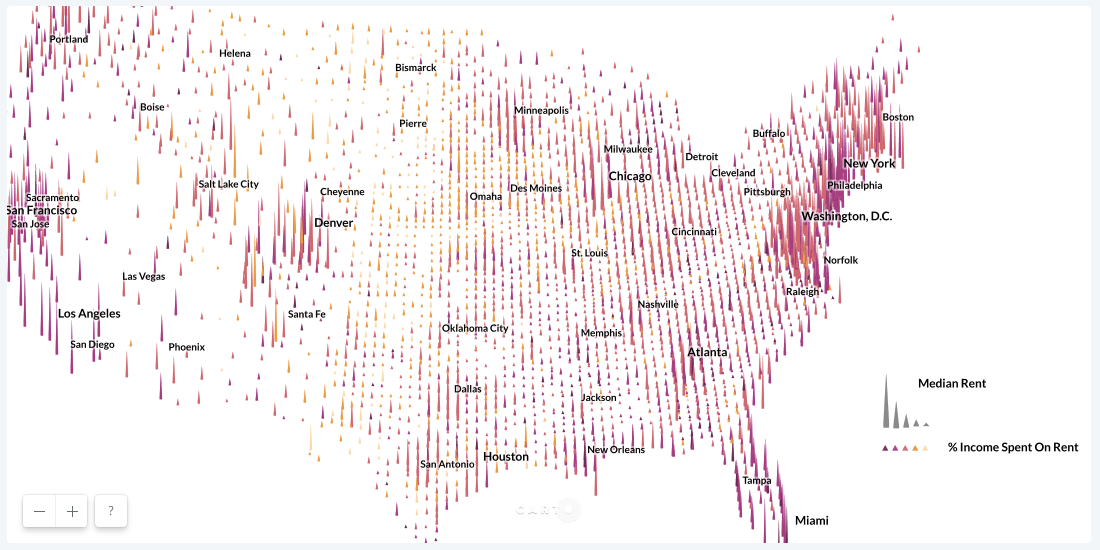 Cartography is as much art as it is science. A map can use the best data and most sophisticated analyses but is ineffective if the reader can't understand the story behind it. However unless you're Leonardo da Vinci being both an artist and a scientist doesn't come naturally so we've found two maps that demonstrate how colors labels boundaries and symbols can help you create a powerful map.

Though this image looks like it could be a picture of a rectangular-shaped petrii dish growing a family of bacteria it’s actually a map of Washington Park in Denver Colorado.

Each orange dot represents either a tree or a location of interest the blue lines depict trails or roads and the amorphous blobs (technically called polygons) are supposed to be ponds.

However without proper labels coherent boundaries or an intuitive color scheme it’s difficult to see what’s going on let alone be able to use the map for a game of Ultimate Frisbee or a Sunday picnic.

Ah much better. This map looks much more like a park because it follows three key design principles:

This map looks like a snapshot from halfway through The Oregon Trail when a few of the covered wagons have finally made it West but most are still chugging through the East Coast and the Great Plains. In fact it's a map of every county in the United States and it makes a very important point — but what could it be?

This map clearly has a point to make and it does so by employing three more key visual design principles:

This post was based off the work and research of Mamata Akella the Senior Cartographer at CARTO. You can watch her full talk All about the carto in CARTO at the Location Intelligence Summit to learn even more principles to apply to your map making process.