We are pleased to announce that the CARTO Analytics Toolbox for BigQuery now supports the Geographically Weighted Regression method–read about its usage. 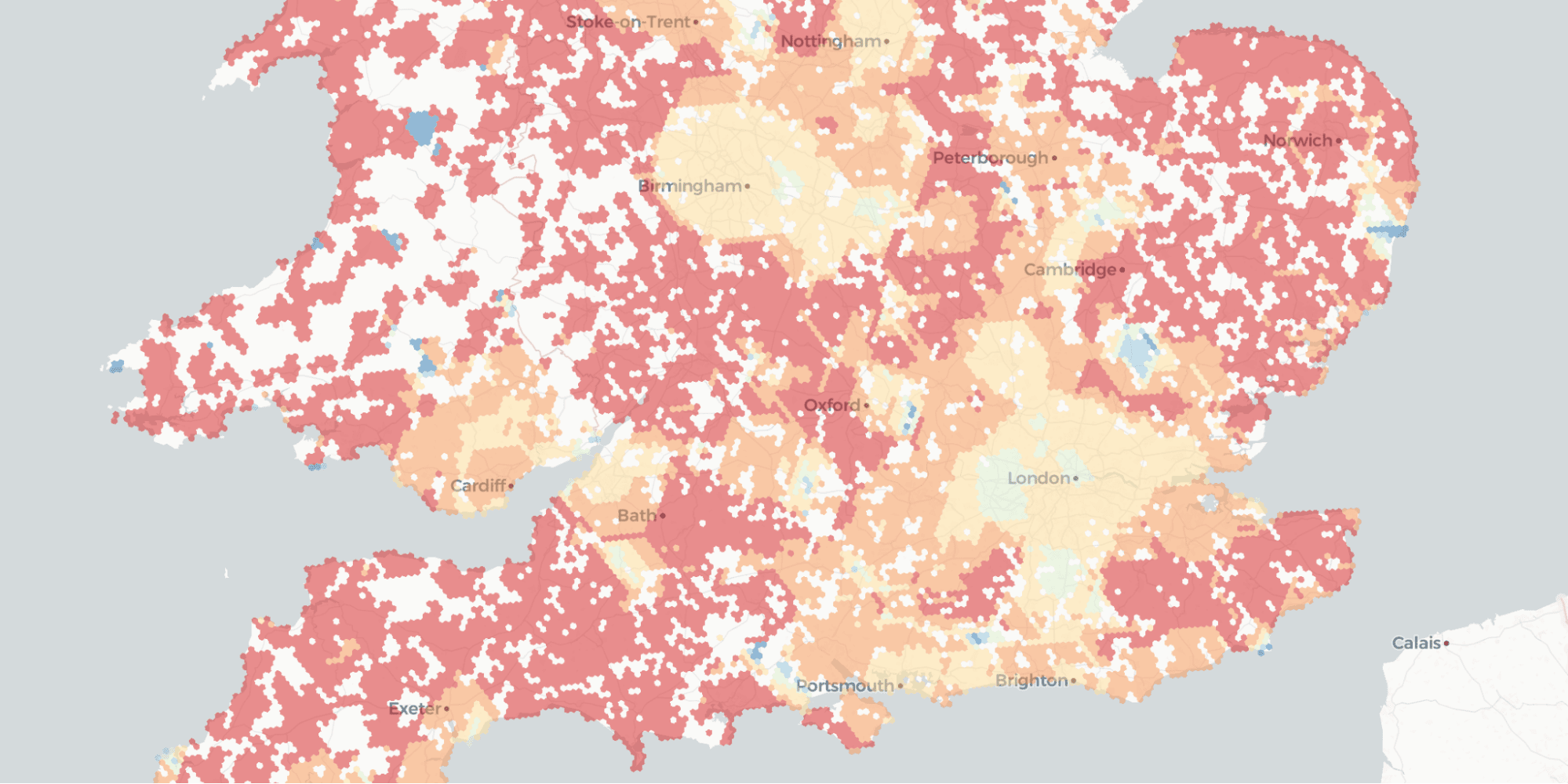 Although leading data warehouses already offer some level of support for spatial data they can usually only work with core spatial functionalities and lack some of the advanced analytical capabilities required for many geospatial use cases. The CARTO Analytics Toolbox extends the geospatial capabilities of the most popular cloud data warehouses using spatial SQL which means both easier integrations as well as accessibility  given SQL’s universal adoption within the spatial community. Our Analytics Toolbox already unlocks more than 60 advanced spatial functions using a set of User Defined Functions (UDFs) and procedures covering a broad range of spatial use cases  including: data transformations  spatial indexing and advanced functions to carry out geocoding  clustering  route calculations  and more.

As part of the Advanced modules for Google BigQuery  we have now added support for the Geographically Weighted Regression (GWR) method  a statistical regression method that models the local (e.g. regional or sub-regional) relationships between a set of predictor variables and an outcome of interest.

However  the global relationship might hide local differences as well as contrasting relationships in different parts of the study area which tend to cancel at the global level. In other words  there might be particularities in the relationship of the different variables in specific areas of the country (e.g. Central London  Manchester area  rural areas) that may get cancelled if we only study the behaviour in an aggregated manner.

GWR is an exploratory method that allows us to detect spatially-varying relationships between the variable of interest and any relevant attribute. It works by moving a weighted window over the data  estimating one set of coefficient values at every chosen fit point.

the other observations are weighted in accordance with their proximity to

In this blogpost we will showcase how to use the GWR method available in the CARTO Analytics Toolbox by analyzing the local relationships in the UK for two use cases: the first  will look at the local variations of the association between the number of crimes per population and the unemployed active population and the average house price  while the latter will model the local relationship between the net annual income and the likelihood to smoke.

GWR is now available in the CARTO Analytics Toolbox

The current implementation of the GWR method available in the Analytics Toolbox takes advantage of spatial indices to construct the neighborhood matrix: using the kring function in fact we can easily find for any grid cell the neighbouring cells for a different order of neighbors. The procedure available in the Analytics Toolbox also allows the user to specify the type of kernel used to construct the neighborhood matrix: uniform  triangular  quadratic  quartic and gaussian.

To test the procedure  we used the GWR method to estimate the local relationship between the number of crimes per 100 000 population in the UK and the number of unemployed economically active population and the average house price. This data is provided by our partner Doorda at the Output Area (OA) level and it is available as a premium dataset via the Data Observatory. To use the GWR procedure first we need to transform the data into one of the supported spatial indices  either H3 or the Quadkey grid.

The following query  which also takes advantage of the data enrichment functionality available in the Analytics Toolbox  was used to project the data at the OA level to an H3 grid with resolution 7 either by area interpolation of the H3 grid cells with the OA geometries (for extensive variables  e.g. the average house price) or by sum (intensive variables  e.g. the number of crimes  the total population  and the economically active unemployed population):

With the data transformed into an h3 grid  we can now run the GWR_GRID method:

where we used a Gaussian kernel with a kring distance of 6  which corresponds to a distance of order of neighboring cells of 6  and we have standardized all the covariates.

As a result we obtain the local estimates for the model coefficients  which are shown in these maps:

We can see that overall  after accounting for the average house price  where the economically active unemployed population is higher  the number of crimes per population is also higher. However  the strength of this association is weaker in the largest metropolitan areas (London  Birmingham  and Manchester). On the other hand  conditioned on the active unemployed population  the association between the number of crimes and the house price does not show a clear pattern. We can also compare these results with the output from a global regression model:

From this table  we can see that the results of a global regression model can be misleading  as they indicate a positive (statistically significant) association between the crimes per population and the economically active unemployed population while the local analysis shows that this association varies indeed with space. On the other hand  conditional on the economically active unemployed population  the association with the average house price is not significantly at the 0.01 level in the global model  which can be explained by both positive and negative values of the local coefficients.

Similarly  we can look at the relationship between the net annual income and the likelihood of being a smoker. If we look at the global estimates:

We see that there is a statistically significant negative relationship between income and the likelihood to smoke. However  when looking at the local estimates as derived from a GWR model:

We see that overall the strength of this association is weaker in some areas  such as part of the London area and in some northern cities.

Enhance your spatial analysis in SQL with CARTO Analytics Toolbox

As of today  the GWR method is available in our Spatial Extension for BigQuery. We will be announcing further cloud native developments in the coming weeks  so stay tuned for regular updates from us!