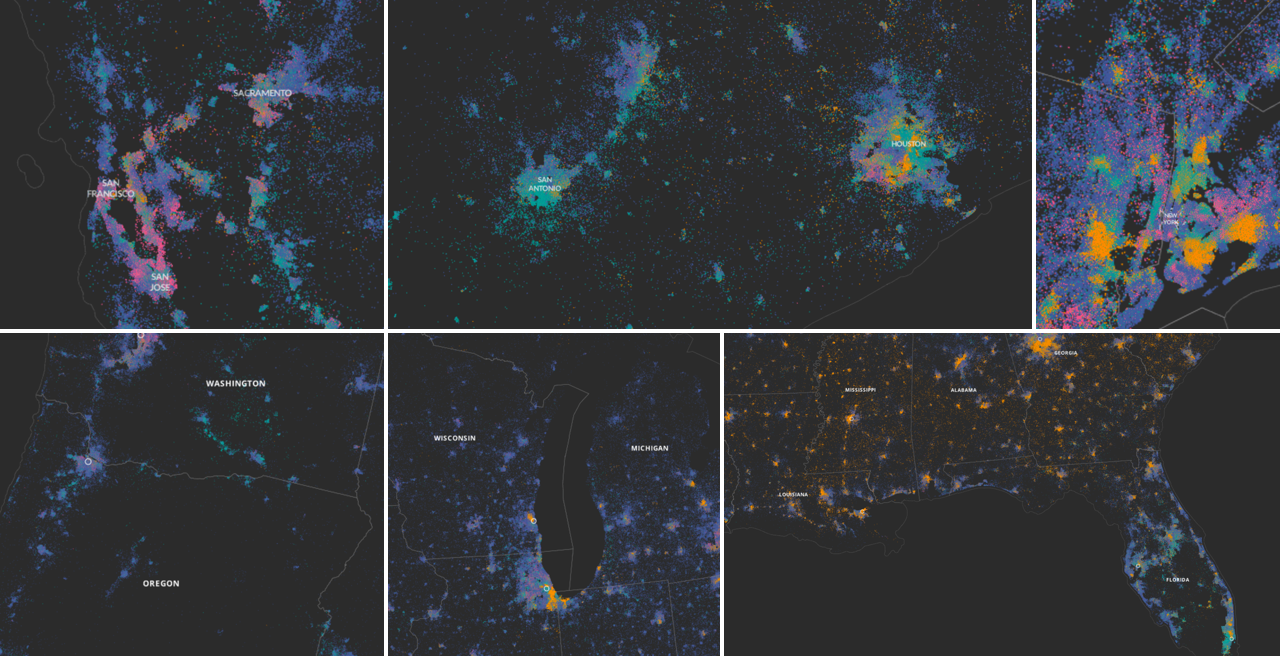 This map shows the ethnic diversity of the US by showing one point   for every 100 people of a given ethnicity. It was inspired by
this [map] created by the cooper center.

To make the map we used data from the census along with a method called dot density. For each census block group we know from the census the number
of people who reported themselves as Asian  Black  White and Hispanic of Latino. This allows us to make chlropleth maps in the same way you are probably
used to showing each ethnicity. For example here is a map showing the counts of people who indicated they are Black on the census:

What if we want to show all the ethnicities on the same map? What if we wanted to have a map that gets much closer to conveying the number of people who are reporting
in the census along with their make up? Well thats when dot density can be useful. By using this following PLPGSQL function  which you can add to you own account
simply by copying and pasting it in to the SQL panel on CARTO  we can turn geometries and counts in to points in those geometries.

We can run this function for each ethnic group in our dataset as so:

It took quite a while on one of our largest plans to make the dot density for the entire US so we recommend you use this
method for smaller areas where it can still be really powerful!

How people get to work?

Of course you aren't limited to just making dot density maps of ethnic groups. You can use any data that is a number count of people in a geometry. For example Daniel McGlone over at Azavea produced this blog post about using the same function to map out how people in Phillidelphia

We hope this has given you some ideas for how to apply the Dot Density method to your own maps. If you make one share it with us on twitter or post in the comments.