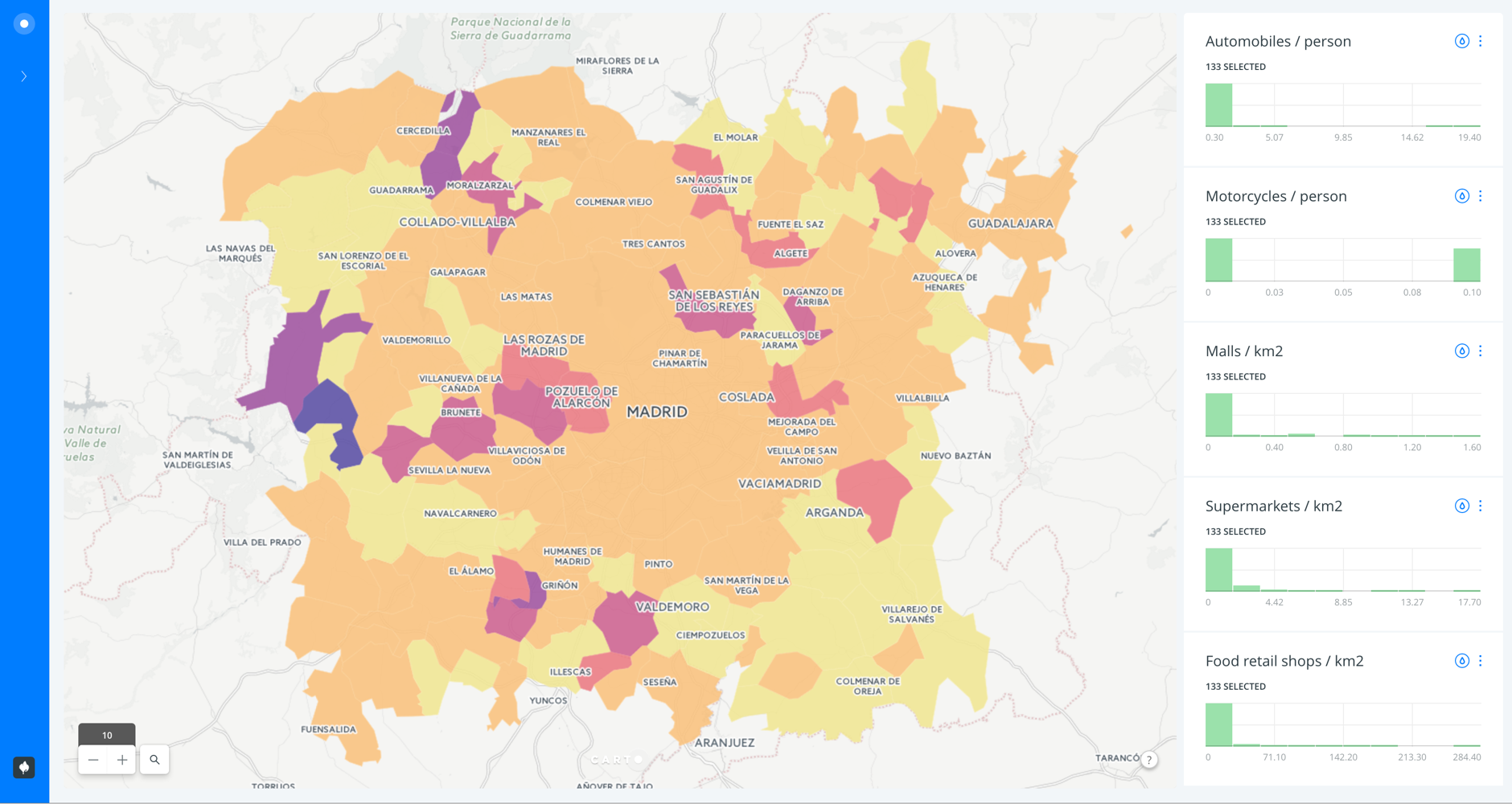 The Data Observatory keeps on growing! After our initial release  which included the American Community Survey in the United States and the Spanish Census  and later demographic data from the U.K.  we've leveraged local economic indicators from CaixaBank to vastly expand the scope of the Data Observatory.

We asked some colleagues in Madrid to play with the new data  here's what they
found:

Can bring the data into your CARTO map. In addition to the demographic and
housing measures that were already present in the Data Observatory (population
education level  etc.) there is now a suite of economic measures available
such as:

These can be easily normalized against existing measures in Spain  as well as
mixed with your own data.

While most municipalities in Madrid have fewer cars than people  Robledo de
Chavela and Colmenar de Arroyo  on the western edge of the city  possess fewer
than 5 000 people  but over 100 000 cars! With over 17 cars per person  they
immediately pop as major outliers on the map.

A Google search tells us that Robledo de Chavela is a


With hundreds of measures in Spain and hundreds more in the U.S.  what stories
do you think you can find in the Data Observatory?

El Diario visualized the June 26  2016 Spanish general elections to discover which political parties received the most votes municipality by municipality based on voting totals. Now imagine combining that data analysis with the Data Observatory's economic measures to gain imperative insights on what a high or low voter turnout means for economic resources region by region.

Continuing our analysis of Colemenar de Arroyo and Robledo de Chavela  we now know that less than 50% of their population votes but are disproportionately exempt from vehicular taxes.

Discover how the Data Observatory enhances your location-data through advanced analysis methods in our recorded webinar. Watch it as many times as you need to!