Learn about SPEED 2.0, a collection of spatial datasets wrapped into one app for the purpose of helping individuals identify environmental issues in New York City 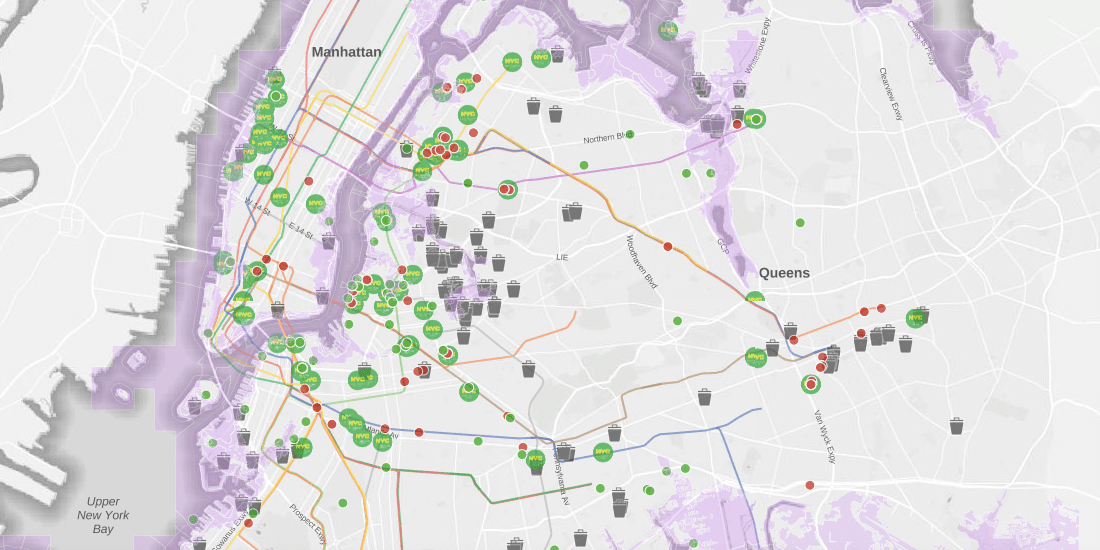 This post was originally published on eSpatially New York by Sam Wear and has been reproduced with permission.

A lot of great geospatial projects and content are coming out of the NYC OpenData ecosystem. In the same space throughout the city is the deployment of applications and viewers using open source software. One such app is the Searchable Property Environmental E-Database SPEED 2.0 built on top of CARTO and published by the Mayor’s Office of Environmental Remediation (OER). I was introduced to the application via an online presentation organized by GISMO in March of this year.

SPEED 2.0 is an impressive collection of local/city state and federal geospatial datasets wrapped into one application for the purpose of helping individuals identify environmental issues – both current and past – on and/or adjacent to specific properties in New York City. It is a sister application to the NYC Office of Environmental Remediation’s Environmental Project Information Center (EPIC) that provides information about the cleanup of brownfield sites across the city.

Individual parcels can be buffered by either 250’ or 500’ to show the proximity of adjacent parcels with current or past environmental issues permitting or contamination issues. Access to pertinent metadata is readily available.

According to Lee Ilan Chief of Planning in the Mayor’s Office of Environmental Remediation the first version of SPEED was launched in 2009 as a web map with limited functionality and developed with PostGIS. It was launched in support of the newly created office’s focus on the cleanup of brownfields across the city. However support for the initial application waned over the next several years with minimal new content added. Post – SuperStorm Sandy provided new funding through the U.S. Housing and Urban Development (HUD) Community Development Block Grant Disaster Recovery Program which OER secured and offered the opportunity for a major rewrite and update of the original application. SPEED 2.0 was designed by their vendor Applied Geographics (AppGeo) to be a cloud-based application. Originally the application was managed by the vendor but since December 2020 OER has assumed managing the app in the Google Cloud on their own.

The application also includes advanced search functions. For example in the left-hand column using the filter options I was able to identify only those OER projects in FEMA 100-year floodplains. Query is rendered in the map viewer.

{% include icons/icon-quotes.svg %} CARTO software is helpful by providing a very modern user interface that generates layers which are compatible with Leaflet. It makes the transition from uploading our layers and turning them into fully functional interactive maps seamless.
Maksim Kleban IT Director at OER.

AppGeo proposed the use of CARTO to OER which has since found the software to be user friendly and simple to use with standalone online applications. CARTO is licensed annually for the amount of space and resources needed for the SPEED application and works very similar to any other cloud solution like Amazon Web Services (AWS) Microsoft Azure or Google Cloud.

Currently there are about 50-55 datasets included in the SPEED viewer right now. The large majority are OER datasets which are updated automatically by syncing with data from external agencies’ datasets on Open Data or from OER’s internal data sources. Generally they each have an independent update schedule which is also automated. The data is managed mostly by automatic updates on OER’s server which communicates directly to CARTO through an API. For layers which are not on an automatic update schedule OER uses either a custom-designed interface or manually uploads data into CARTO's online platform.

Users can search the SPEED database using a standardized address common place names such as Bryant Park or Madison Square Garden (btw – even "MSG"!) or borough block and lot (BBL) numbers. The application also includes mark-up feature transparency and sharing tools great HELP documentation and easy access to metadata (as illustrated in the first image above) which is very helpful given the bevy of similar datasets from local state and federal datasets accessible in the app. Historical aerial photography from 1996 1951 and 1924 enables users to identify previous land cover which can be an indicator of the presence of historic fill. A "Sensitive Receptors" layer includes the locations of facilities (schools parks libraries health care etc) where occupants are more susceptible to the effects of environmental contamination.

{% include icons/icon-quotes.svg %} It continues to be a work in progress - in the future we would like to also have functionalities for registered users. We also would like to add more analysis capabilities where new layers can be easily integrated with advanced search features.
Lee Ilan Chief of Planning at OER.

For the first time ever OER participated in NYC Open Data Week in early March. For those looking for a deeper dive into SPEED 2.0 see Lee’s presentation below: