At CartoDB we love supporting the outstanding efforts of organizations having meaningful impact on society and the environment. With programs such as our ever-growing climate and non-profit grants we are providing the tools and infrastructure to organizations that are shaping the future of our world.

Recently we awarded a grant to Access Now an organization dedicated to extending and defending the digital rights of people across the world by using tech-driven policy user engagement and direct technical support. Their extraordinary efforts have helped positively impact the lives of many world-citizens and CartoDB is proud to provide next generation mapping technology for their continued fight! With their first CartoDB map - the global net neutrality map on the Global Net Neutrality Coalition's homepage - going live late last month we sat down to talk maps and activism with Access Now's Senior Global Advocacy Manager: Deji Olukotun. 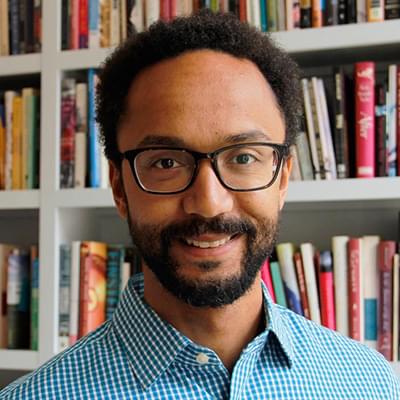 Tell us a bit about Access Now and the Global Net Neutrality Coalition.

Access Now extends and defends the digital rights of users at risk around the world. By combining tech-driven policy user engagement and technical support we fight for open and secure communications for all across our six offices. Our [24-hour Digital Security Helpline] -- the only one of its kind -- serves activists journalists and marginalized communities to help them work and live safely.

Why did you choose to apply for a CartoDB non-profit grant?

Access is a data-driven non-profit devoted to human rights and we maintain a variety of needs for visualizations. As an organization dedicated to defending and extending the digital rights of users at risk in the 21st century we believe in the power of technology to bring about social change. CartoDB is a leader in geospatial visualization. Our projects -- including Access Now Red LatAm Save The Internet MLAT and Stop Cyber Surveillance -- provide support for partners to show that we are committed to building and protecting platforms that empower and educate. Our 24-hour Digital Security Helpline mentioned above (we’re proud of it!) serves users at risk around the world and we gather important data about threats to marginalized communities. In 2014 and 2015 we assisted journalists activists and sexual minorities in countries as far afield as Malaysia Haiti Vietnam and Uganda. We also regularly publish reports about issues such as government surveillance mobile phone tracking cyber security and international trade.

How has the CartoDB non-profit grant for Access Now helped achieve your goal/mission?

We recently launched the interactive Global Net Neutrality map this month and so far we’ve heard positive responses from advocates from as far afield as Iceland and Zimbabwe. We’ve also been encouraged by the response on social media -- and we’ll be incorporating user feedback to make the map more effective. The map forms an important tool in the resources available on the homepage of the Global Net Neutrality Coalition and our aim is to make it even more powerful.

Can you talk a bit about the work you’re doing and how you hope to use the grant/map now and in the future?

We work on a variety of issues -- cyber security censorship fighting data retention and expanding access to the Internet -- but for Net Neutrality in particular we hope the map will serve as a resource for people interested in a free and open Internet to push for laws and rules in their own countries. That’s why we have the Model Framework on Network Neutrality on the site as well as an international definition of Net Neutrality translated into more than 15 languages. We’re deeply engaged in the fight in Europe for Net Neutrality which is on the cusp of deciding rules that will impact all 28 member countries -- including Spain where CartoDB originated. Things look good so far but the fight is not yet over.

What are your plans for maps moving forward?

We have too many needs! Because we’re an international organization frequently maps are the best way for us to explain how issues cut across borders and boundaries. For example this year we’ve seen bad cyber legislation crop up in Africa the UK and the United States. We’ve also seen a worrying slate of Internet shutdowns and disruptions in the South Pacific Africa and the Middle East. Shutdowns tend to precede egregious human rights violations and mapping them with CartoDB could prove an excellent way to make an impact.

Thank you Deji and Access Now for the incredible work and continued efforts towards digital equality! We can't wait to see what's next for Access Now with CartoDB. Stay tuned for more updates!

If you are a non-profit or group working towards making the world a better place don't forget to check out our climate and non-profit grants page!