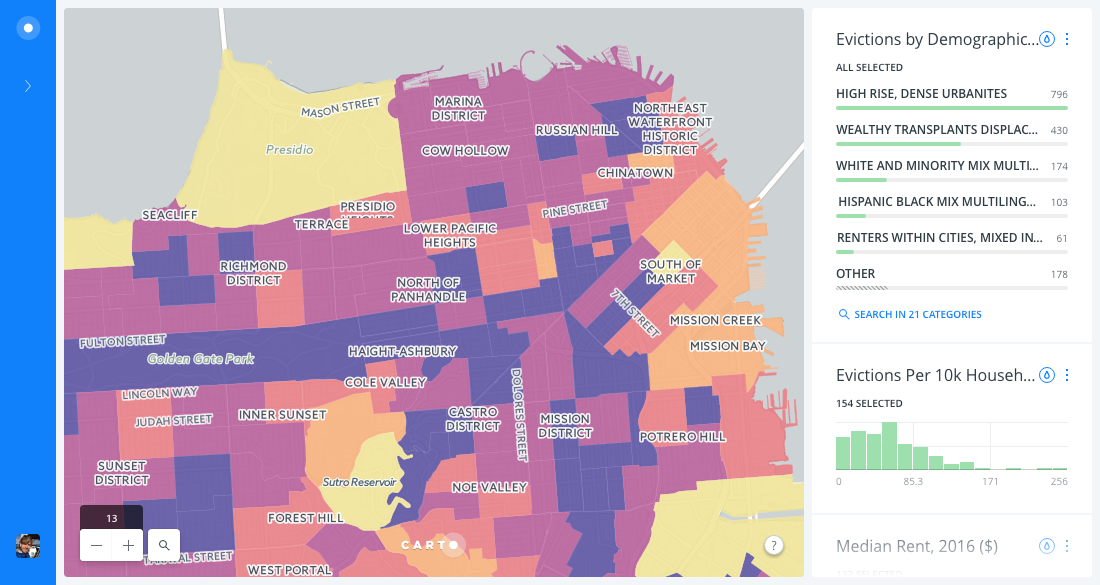 San Francisco has long been at the forefront of the discussion about the impact gentrification and the changing economic and demographic landscapes have on cities and the people who live there. CARTO has partnered with San Fransisco-based Anti-Eviction Mapping Project in order to analyze the data trends in rapid gentrification and the eviction of local populations.

Recently this partnership produced an insightful map which was published in Fastco Design demonstrating how a growing tech industry is leading to an increased demand for housing resulting in an increase in evictions. Understanding causal relationships at play is crucial while advocating for policy that can protect the people who feel the intended and unintended consequences of a changing city.

With this analysis we used CARTO's Data Observatory to augment the data provided to us by AEMP.

The first steps we took were to take the locations of each eviction in 2015 and aggregate them into the census tracts that they fell within making sure to sum over the number of evictions at specific locations. The Data Observatory was crucial here because it allowed us to easily get the census tract boundaries only for San Francisco. Aggregating points into the Census boundaries we got the counts of evictions by census tract.

Our next step was to give those counts more context by dividing by the number of households in each census tract from the American Community Survey. Using the CARTO Builder again those values can be retrieved by adding an analysis step to enrich from the Data Observatory. Dividing our eviction counts by the number of households over 10 000 gives us a solid metric for comparing eviction rates in different census tracts: number of evictions per 10 000 households. 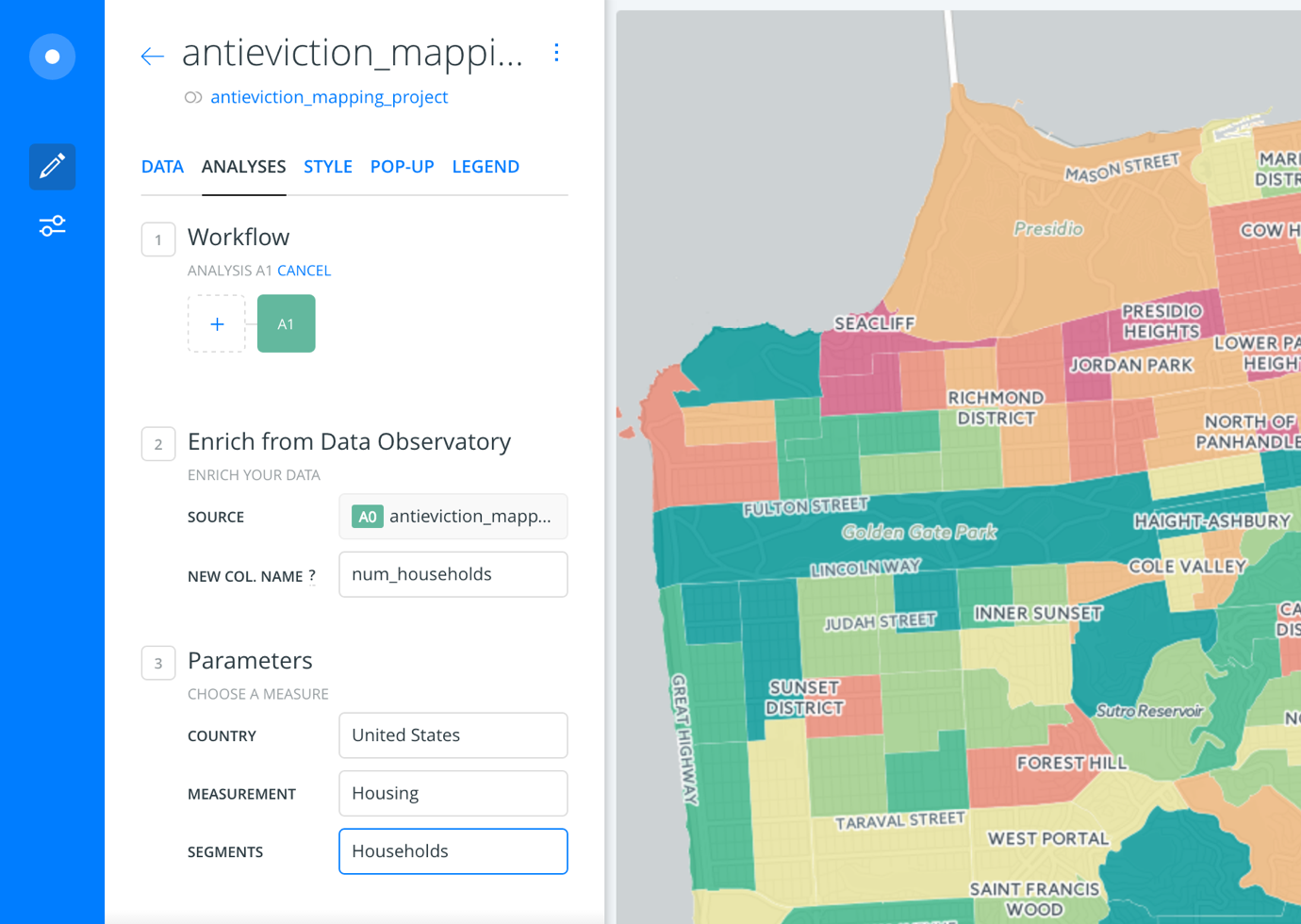 Now that we have a solid metric for analysis we can start adding additional factors to provide a richer context. One of our favorite datasets is of demographic segmentation produced by Spielman and Singleton. It is a great dataset for enrichment because it distills much of the complexity of the demographic variables down into human-readable descriptions of the underlying demographic information at different locations. Read more about demographic segments in Stuart's blog post.

Finally adding Zillow Rental Estimates gives us a good metric for comparing different parts of San Francisco. Specifically we can explore how eviction rates compare above and below the median rent for a one bedroom apartment which is around $3300 for 2016. I threw on some of the CARTO Builder widgets for exploring the data dynamically. Using the Zillow data for the filtering and looking at the results in the widget I made for the segmentation categories.

Robust and diverse data sources are crucial in understanding the full extent of any problem. Visualizing this data allows for meaningful analysis that can help guide policy and improve advocacy efforts by quite literally putting people on the map who do not have much visibility. The CARTO Builder and the Data Observatory make this process intuitive and easy while producing meaningful analysis. Request your access today and get started with CARTO!