This past Sunday was election time again in Spain. Every four years people head to the polls for a regional and municipal election that often foreshadows what is to come in the national election held later in the year. Nowadays these events are considered much more than mere voting—they’re true milestones in the story of a nation and generate huge amounts of data powered by media outlets and social media networks.

Against this backdrop maps are not only a way to show voting results political differences between regions and possible political coalitions but also a dynamic & interactive tool to visualize and analyze poll predictions and real-time results. We’re proud to have been chosen by some of the most important Spanish media outlets to create election coverage maps and are excited to share them with you. Please keep reading to explore the different projects we were working on over the weekend and to see the evolution of the Spain’s political map! 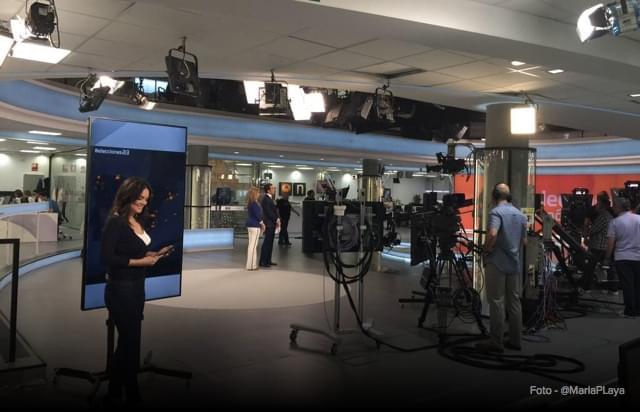 Two weeks ago Spain’s highest-circulation daily paper and newspaper of record El Pais started covering conversations and Twitter activity around the different parties to monitor the pulse of the event to come. The map below shows the cuantitative and geographical outreach of these conversations.

Some of our Spain-based team also helped one of the country’s largest nationwide television stations Antena 3 build real-time updatable maps of Twitter conversations around the different parties on both Sunday and the day leading up to the election when CartoDB maps were displayed on one of their special prime time programs.

But that’s not all—Antena 3 also launched its own hashtag for the elections #HeVotado (I’ve voted) so they could follow the real-time progression of voter activity based on people’s Twitter conversations. This information provided one of their CartoDB heat maps with useful insights and behavioral patterns.

El Español a new digital daily newspaper founded by the former director of El Mundo another one of Spain’s newspapers of record decided to get to the bottom of the results of the May 24th voting day by conducting a comprehensive analysis of the impact of the election results. They’ve put together a series of seven maps that explain Sunday’s election results in depth and show the political changes that have taken place down to the local level since the last such elections in 2011.

El Mundo is still dissecting the results of last weekend's election by breaking down results by parties. In this map the newspaper is analysing the evolution of votes secured by Partido Popular (PP) in 2015 as compared to the absolute majority they had in 2011 when this election was last held.

As a company born in Spain we’re extremely grateful to have contributed to the understanding of a key national event with our platform and would like to express our thanks to those of you who placed your trust in us to help you map Sunday night.