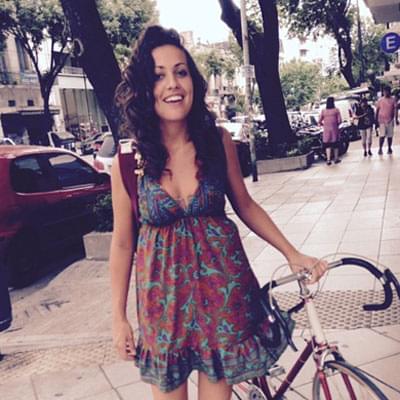 Join us in welcoming our latest cartographer Aurelia Moser to the CartoDB team in New York City! Aurelia is a librarian developer and cartographer by trade who builds communities around code through education and outreach.

Aurelia recently wrapped up a Knight-Mozilla Open News Fellowship which had her traveling around the world speaking at many conferences and hackathons. She is passionate about open data cybersecurity and privacy hacking-for-good and code. She is an active member of the NYC meetup community where she develops curricula for Girl Develop It NYC and co-organizes Nodebots-NYC a meetup for developers to program robots with Node.js.

Originally from the Midwest Aurelia attended undergrad at the University of Wisconsin Madison and spent a few years in the south of France in grad school and as a teacher before returning to NYC five years ago.

Aurelia believes maps are one of the most intuitive types of visualizations in their ability to reconcile both the physical and digital worlds and because of the ease with which people are more readily able to understand them.

One of Aurelia's favorite side projects is her online radio show Stereo Semantics in which she generates playlists based on the semantic web of connections.

Aurelia also loves making lists and project management tools some of her favorites include: