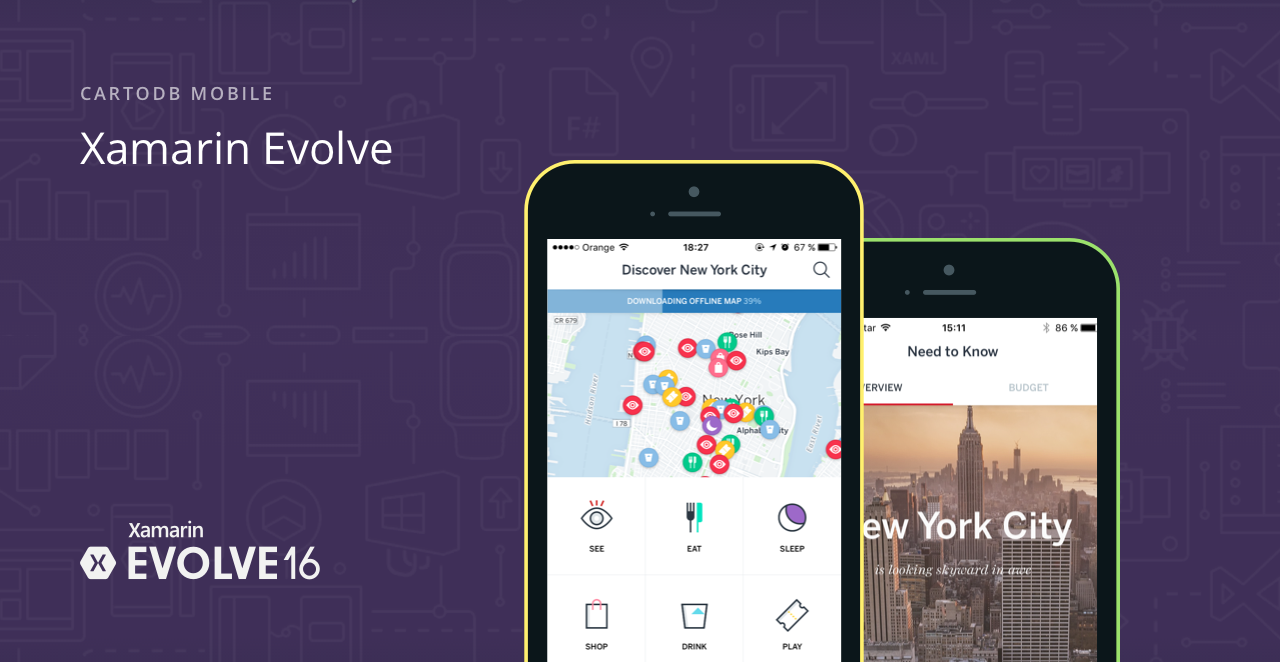 Welcome to the next post on mobile development at CartoDB. We have great news today. CartoDB is a proud sponsor of Xamarin Evolve — the largest gathering of Xamarin developers and others around the ecosystem! Xamarin Evolve will take place in Orlando FL from April 24-28. We'd love you to join us at the CartoDB booth (#118)! If you are attending contact us to meet me and some of my colleagues from CartoDB in person!

But what is Xamarin? Over 10 years ago Microsoft did a really innovative thing to overcome the problem of so many programming languages. They created a unified software framework called .NET Framework. The .NET Framework allows programs written in different languages to run in a single environment and speak with each other.

Initially it was a Windows-only language (just like everything Microsoft did back then) but in recent years Microsoft has changed a lot. They have moved to a multi-platform phase. And guess where multiple languages and platforms are still a huge everyday issue? Yes mobile app development.

You can write native iOS apps using Objective-C (or Swift if you feel hippy) and Android apps in Java and there is no good way to make them talk to each other. Now this is where Xamarin comes into the picture. Xamarin is an open source based variation of the .NET Framework for iOS and Android devices.

It is not only a cross-platform mobile development tool but performance-wise it is clearly one of the best. Xamarin is 10 times faster compared to any JS/HTML5-based solution. Development time is also fast. Enterprise .NET developers who know how to write good code in C# (the main language of .NET) can reuse their knowledge and code to create new mobile apps much faster than by re-learning completely new languages.

Xamarin was recently acquired by Microsoft and soon after they announced massive changes in their product. An exclusive and expensive developer tool was free and open source for most cases and this makes their solution even more attractive.

Nutiteq (now part of CartoDB) has provided a map component for Xamarin developers since 2012 initially for Android and now for more than a year also for iOS and Windows Phone apps. You can get it from here.

This provides 100% of the same features as we have for direct Android and iOS APIs: fast performance vector rendering offline and online maps customization of interfaces and big datasets on maps. What's even better? Our API is exactly the same for both platforms so you can write your code once and run it everywhere. In our developer guides you can find 3 samples: separate
Objective-C for iOS Java for Android and a single one for C# for Xamarin.

See you at Xamarin Evolve and happy mobile mapping!