Read our interview commemorating the sixth anniversary of Geoawesomeness and learn how the emergence of Location Intelligence has changed the geospatial field. 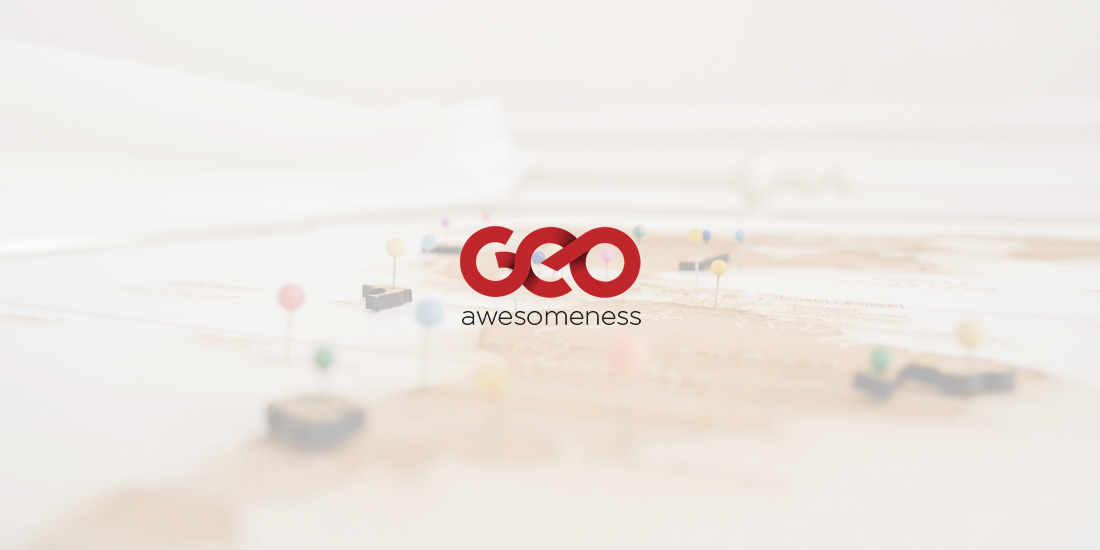 Geoawesomeness a website with a self-proclaimed focus on all things geospatial celebrated its sixth anniversary last month. From posts on recently declassified CIA maps to tips on geomarketing to drones and remote sensors Editor-in-Chief Aleks Buczowski and Managing Editor Muthukumar Kumar have covered a wide range of topics together.

And yet despite overseeing a website whose monthly readership exceeds 150 000 visits Aleks and Muthu have only met in person twice in the last six years. Skype the two mentioned in our recent interview has become the third friend in this "internet-age story of friendship."

To celebrate the hard work of Aleks and Muthu along with the entire team over at Geoawesomeness we asked them a few questions related to the website's history plans for the future current trends and changes within the geospatial field and finally the field's recent shift toward Location Intelligence.

CARTO: Can you discuss some of the challenges you have faced in expanding Geoawesomeness over the last six years?

Geoawesomeness: Well it's hard to believe that it's been 6 years already! It definitely has been an amazing journey in our lives so far.

Geoawesomeness has always been about having a conversation about the most interesting projects in the geo industry. We want to make a difference in the industry serve as a platform for connecting people and highlight interesting work. In that sense the biggest challenge has always been finding enough time to do so.

CARTO: What are some of your favorite posts from the last six years?

Geoawesomeness: Oh that's a tough one. It's hard to pick favorites but in terms of the posts that gave us the most satisfaction? It would have to be our GeoTrends series. It was really something to have Jack Dangermond a legendary figure in the GIS industry blog for Geoawesomeness and share his thoughts for the future of GIS.

If we are being honest if you had told us six years ago that we would be able to get to talk to companies like CARTO Mapbox HERE and Esri we would have told you that that sounds like an awesome dream!

CARTO: What else is on the agenda for Geoawesomeness in 2017?

Geoawesomeness: Haha well maybe the first thing would be to work on a formal agenda!

Kidding aside we live in interesting times where three emerging industries—Drones Earth Observation and an offshoot of Smart Cities Self-Driving Cars—are changing how geospatial tech is being used. Drones for example are truly changing how farmers are improving agricultural practices by using data and algorithms that until now had always been used by remote sensing experts.

Drones have the potential to replicate what Google Maps did for (digital) maps!

CARTO: Are there areas in which you'd like to see your website's focus expand?

Geoawesomeness: One area that we would like to focus attention is in increasing the diversity of opinions on our blog. At one point in time we had active contributors from 5 different continents. We would love to see Geoawesomeness grow as a platform where people from different backgrounds blog with us so we can all share our passion for the geo industry!

Another area where we would like to expand is in covering startups. Talking to startups has been one of the most interesting aspects of blogging for Geoawesomeness and we certainly hope to reach out to and blog more about geospatial startups.

Do you have exciting geospatial news that you're looking to promote? Then consider submitting a guest post to the editorial team over at Geoawesomeness!

CARTO: In Glassdoor's "50 Best Jobs in America" data scientist ranked as the number one job for the second year in a row.

How will this increased demand for data scientists as well as data analysts impact the geospatial field?

Geoawesomeness: There is a scene in a popular American TV show Billions where a character explains how she used satellite imagery to decipher that the company in question is actually a dummy corporation that doesn't really manufacture anything. She certainly wasn't a GIS analyst but Location Intelligence made it possible for someone from a completely different background to use that information to make an informed choice. We think this will continue as technology evolves.

Precision agriculture smart cities autonomous driving infrastructure optimization all use geotagged data. Subsequently we are going to see more and more people working with geospatial data. You still will need someone with geospatial background to come up with more advanced versions of the Normalized Difference Vegetation Index (NDVI) but generally speaking geospatial is now truly everywhere and everyone is already using it.

Geoawesomeness: Indoor Mapping and Location Based Marketing have been fields where we thought things would really take off and it has been disappointing not to see these industries embrace geospatial technologies.

Of course things are looking brighter than before but we were certainly wrong in how quickly we thought things might expand.

Commercial Earth Observation is growing at a very quick pace. It seems like every other month you read about another one of these companies receiving millions of dollars worth of funding. The success of SpaceX has certainly given investors a lot of confidence in the space industry but this certainly has been one area where we didn't anticipate to grow in such a rapid fashion.

What in your opinion are the qualities of a good data visualization? Any tips or suggestions on what to do (and what not to do) when visualizing a dataset?

Geoawesomeness: Over the years we've shared with our readers hundreds of maps on the blog and via social media #GeoawesomeMapOfTheDay. Looking back we believe that there are three elements of a great map:

Many of the best maps we've featured in fact were created with CARTO! Your team of designers have played a huge role in democratising mapping!

CARTO: Thank you! We have one last question. There's a growing movement away from a GIS focus on geospatial to what we at CARTO call Location Intelligence.

Geoawesomeness: Traditionally GIS has been used a lot by government agencies and the research community to map to mention only one application potential landslides zones. GIS softwares however were largely resource intensive which required workers using this technology to have a high degree of GIS expertise.

This is definitely changing given the recent wave of user-centric GIS and Location Intelligence softwares that have been designed for both experts and people new to the geospatial industry.

We've especially noticed this trend when talking with startups many of whom are no longer bogged down by a lack of "geo" expertise thanks to Location Intelligence.