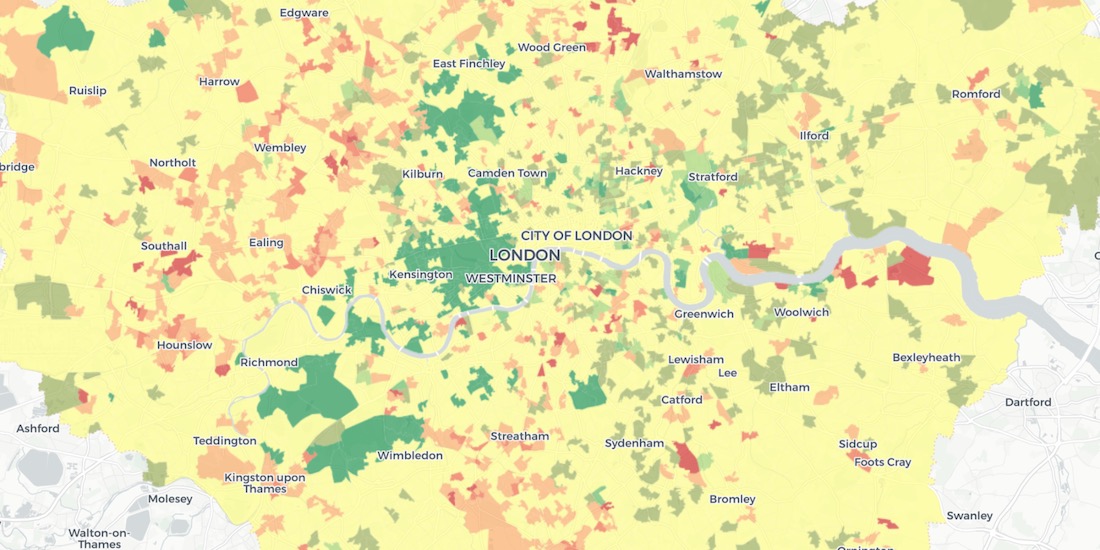 Deepening social inequalities have remained a constant in our contemporary urban landscapes. Particularly within global cities like London  the disparities have become increasingly apparent with the city being home for the majority of the UK's richest 1%  or indeed the 0.1% and also a large proportion of its urban poor. In spite of such polarisations  a sense of indifference towards the needs of the average Londoner seemingly prevails throughout London's hyper-commodified housing market  which is typified by sky-rocketing property prices and a chronic undersupply of truly affordable housing options.

Gentrification  emanating from the nexus of such trends  has been endemic in London; propelling socio-spatial transformations in localised neighborhoods and displacing incumbent residents. Despite gentrification manifesting in more accentuated and diversified ways than ever before  recent research has only been tepid in honing the critical edge necessary for effectively distinguishing gentrification from other forms of neighborhood change and to rigorously disaggregate gentrification's nuances.

The aims were threefold:

Undergirding the originality of this study is a repertoire of novel ML  spatial analytical techniques and new sources of multi-dimensional data  leveraged to comprehensively examine the diversified patterns of neighborhood change and gentrification trajectories across London.

The datasets utilised in this study were derived from three main sources:

Diverse methods  straddling across statistics  ML and spatial analysis  were chained into a multi-level workflow with every phase building upon results of the former in order to unpack the diversity and trajectories of gentrification across neighborhoods in London.

Firstly  statistical geographies known as Lower Layer Super Output Areas (LSOAs) in London were classified according to whether they were ascending  stable or declining in terms of house price  levels of highly educated  high socio-economic status residents or median income. Ascending neighborhoods were then further classified into gentrifying and non-gentrifying areas  with three main typologies identified. The gentrification cluster was then further re-classified into three categories of gentrification. These classifications were then used to predict future areas of gentrification in the city using machine learning algorithms.

Variables on house price  levels of highly educated  high socio-economic status residents or median income neighborhoods in London were combined into a composite index score using PCA and were then classified according to the changes observed between 2001 and 2011. Between 2001-2011  732 LSOAs were highlighted as ascending  619 LSOAs in decline  whereas the remaining 3 484 LSOAs were considered stable. While LSOAs in ascent and decline were dotted throughout the city  ascending LSOAs tended toward locations in Central and East London while a denser congregation of declining LSOAs was situated toward the western peripheries.

A k-means algorithm was used to isolate clusters of neighborhoods within the ascending areas  with similar ascent characteristics. Three clusters were identified: Gentrification  Incumbent-upgrading and re-urbanisation - their profiles shown in Figure 1  with their spatial distributions shown in Figure 2.

Figure 2: Spatial Distribution of the Typologies of Neighborhood Ascent

A suite of ML models were trained on the observed trends and spatial patterns of neighborhood ascent and gentrification that unfolded between 2001-2011  with the aim of predicting which LSOAs will gentrify in the near future and their corresponding typologies. To further optimise the model  geographic covariates which layer on spatial perspectives and can enable the model to recognise the spatiality of gentrification's manifestations  were incorporated in two ways. Firstly  through the addition of an inner London dummy and secondly through a gentrification neighbor dummy. The addition of geographic covariates improved the prediction of gentrifying and non-gentrifying areas to 100% and 85% respectively.

A similar modeling methodology incorporating additional variables can be used to predict the specific typologies of future gentrifying LSOAs. According to the predictions visualized on the interactive map below  super-gentrifying trends will potentially retain a stronghold over LSOAs in central-western London  around Hampstead Heath  Richmond Park and the northern edges of Barnet and Enfield. Previously isolated islands of super-gentrification near Chiswick  Clapham South and Dulwich are nonetheless anticipated to expand. LSOAs experiencing marginal gentrification in future are likely to stay in East London  although potentially becoming more extensive around Brockley and Kensal Green. Separately  future mainstream forms of gentrification are predicted to be domineering within London's inner boroughs and north of the Thames  in boroughs such as Camden  Islington and Hackney.

The analysis has shown that two broad processes of neighborhood change – neighborhood ascent and decline – collectively accounted for 1 351 LSOAs or almost 30% of all LSOAs in the city. No borough  except for the City of London  was spared from these processes  thereby underscoring the extensiveness of socio-spatial transformations happening in London.

Gentrifying LSOAs were found to comprise around 15% of all LSOAs in London; affecting over half-a-million residents. Percolating through traditionally richer  upscale West London boroughs like Kensington and Chelsea and Westminster  as well as boroughs in East London that are conventionally viewed as working-class and less desirable. These contrasting  and indeed almost conflicting  urban backdrops against which gentrification has materialised clearly hint toward its existence in variegated forms – to which our study has shown that super-gentrification  marginal gentrification and mainstream gentrification were simultaneously taking place in London and are unlikely to diminish in the near future according to our model's predictions.