As the subway enters a declared state of emergency, a new coalition is proposing changes based to the NYC bus system based on location data to help solve the city's transit woes. 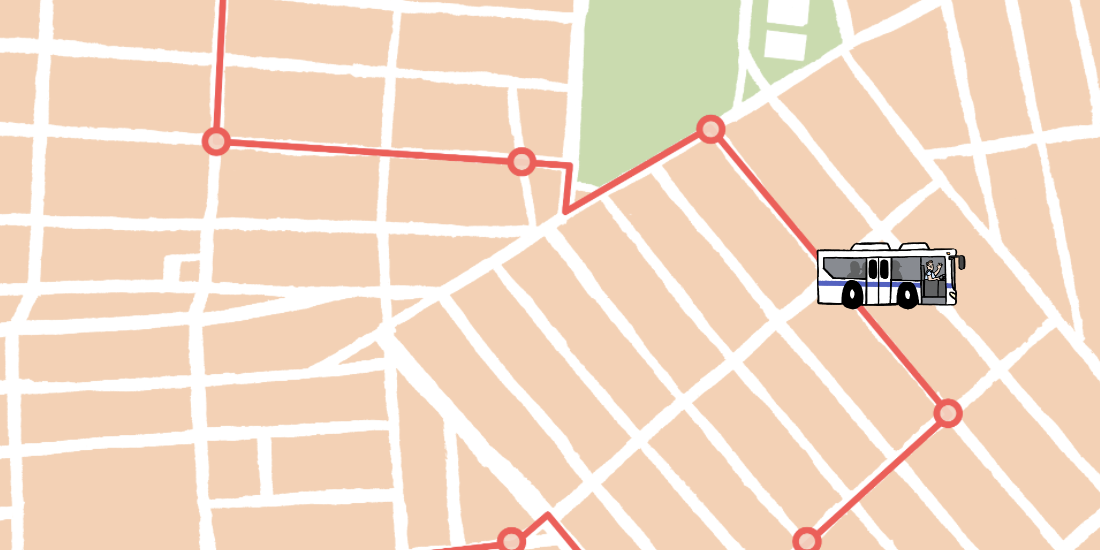 The opportunity for New York City's bus system has never been greater. As its sibling system the subway enters a declared state of emergency the NYC bus system could help solve the city's transit woes.

Last month the Comptroller surveyed 1 220 subway riders and found that nearly 75% would give the system no better than a "C" grade.

Unfortunately for these commuters repairs to the underground are expensive laborious and time-consuming. By comparison improving the bus system could be relatively painless — especially if the Metro Transit Authority heeds the advice of a consortium of organizations called Bus Turnaround.

Based on this location intelligence Bus Turnaround offered three major solutions that could be practically implemented:

Redesign Bus Network and Routes for Frequent and Efficient Service

Currently New York’s bus routes attempt to satisfy every kind of commuter but the Bus Turnaround Coalition has a different approach. After analyzing how people actually flow throughout the city — and what kinds of transportation they’d need to efficiently achieve their goals — they proposed the following recommendations:

Using location intelligence the team also identified the most problematic intersections on each route.

For example the BX19 line which serves the Bronx and parts of Harlem has an average speed of 4.9 MPH in the morning but 7.8 MPH at night.

While rush hour traffic certainly contributes to the problem the Coalition identified two intersections that cause the greatest delays and proposed three street-level solutions:

Besides analyzing space the Coalition also looked at time by targeting "bunching " when multiple buses arrive at the same stop within minutes of each other.

This phenomenon reveals not just issues of unreliability but also problems with bus dispatching and top-level control.

Because service tends to deteriorate more once buses start to cluster the Coalition recommends giving dispatchers the power to hold buses or to instruct them to skip a stop. buses are already equipped with GPS navigation so implementing such measures is a relatively straightforward though somewhat bureaucratic solution.

By relying on location intelligence to identify the most troublesome areas the Bus Turnaround Coalition has formulated practical solutions that would improve the flow of traffic of the 2.5 million New Yorkers taking the bus every weekday.

To learn more about the Coalition's plans for the city check out their proposal here — or even better join us for Buses Beers and Bytes: A Happy Hour for Tech and Public Transit in New York on July 25th 2017. Hear from leading voices in the effort to upgrade New York City’s bus network and get a behind-the-scenes look at some of the solutions that can help make buses faster and more reliable.