The Connect America Fund aims to close the digital divide between rural & urban America. Learn more about it's impact with a newly updated map from the USAC. 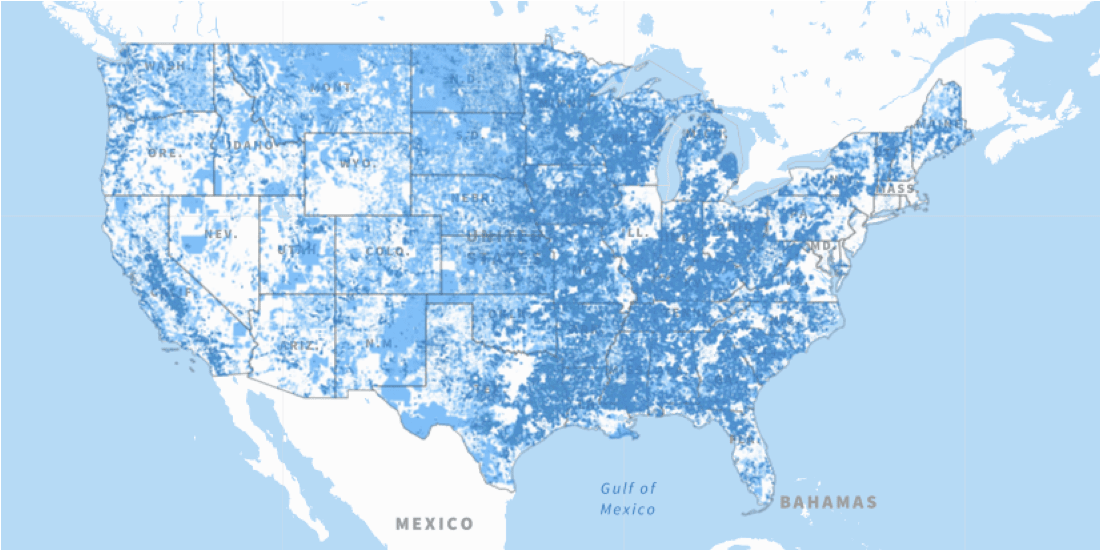 During the past year we have all come to rely on our high speed broadband internet connections more than ever as remote home working has become the norm and we consume ever more bandwidth with streaming services online gaming and videoconferencing.

For those of us within large urban areas we often take the prevalence speed and relatively low cost of such connections as granted but what about those living in more rural areas? The pandemic has cast even more light on the disparities faced by millions of people in such areas as they struggle with slow unreliable and often costly services.

The Verge recently published a map using data from Microsoft that highlights areas in the US where less than 15 percent of households are using the internet at broadband speed.

We have also previously featured the work of The Center on Rural Innovation (CORI) who focus on providing insights into all areas of rural life in the US and published a map identifying school districts being impacted by the lack of broadband availability.

In order to combat this digital divide the Federal Universal Service High-Cost Program (also known as the Connect America Fund) was established by the Federal Communications Commission (FCC) as "one of the largest public and private efforts to improve national broadband in American history".

The Connect America Fund (CAF) is "is designed to ensure that consumers in rural insular and high-cost areas have access to modern communications networks capable of providing voice and broadband service both fixed and mobile at rates that are reasonably comparable to those in urban areas."

The fund subsidizes rural broadband development to make it more cost-effective for telecommunications firms to bring affordable broadband services to the areas that have been lagging far behind. Phase I of CAF began to provide immediate broadband services to unserved areas between 2012 and 2013. Now in its second phase CAF is making a huge step towards closing the digital divide between rural and urban America.

Originally launched in 2018 the USAC recently published version 4.0 of the CAF Broadband Map built with CARTO in order to illustrate the ongoing impact of the fund.

The information in the CAF map comes directly from carriers who submit broadband deployment data annually through USAC's High Cost Universal Broadband (HUBB) portal. The current CAF Map is based on data certified in the HUBB as of December 31 2020 deployment.

When the map is first opened all funds appear as one color. Users can zoom in or out view the map in Satellite Mode or view a specific area on the map using the map controls on the bottom right of the map window. The State and Local data tables below the map window update as the map view changes at each zoom level. The table below the map will display information associated with the data visible in the map window.

Filters can be used to view any combination of specific broadband deployment. Each of the seven funds displayed on the map is represented by a different color.

Every point in the CAF Map contains detailed deployment data. Users can access this detailed information by clicking on the colored point on the map. The same information is also available in the Local table.

The CAF map will be updated with additional broadband deployment data as it is filed and certified annually in the HUBB by carriers participating in these CAF programs and as more CAF programs are added to the map. The map is an important tool for a wide range of audiences including consumers researchers and policy makers at the federal state and local level.