Maps are a wonderful way to tell stories, and with today’s release of The Hobbit: An Unexpected Journey, we felt a visualization of the film’s locations in New Zealand would be suiting, and while Bilbo went “There and Back Again” in an adventure that film revelers the world throughout will undoubtedly flock to this weekend. Peter Jackson and the crew of the Hobbit Movie did much of the same, spending a grueling 266 days filming in the studio, and then travelling the country in two teams to shoot those locations that make up Middle Earth in the film. 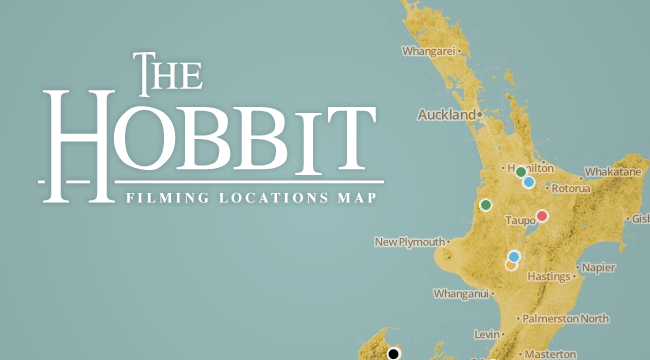 While some fans of Tolkien’s work may already know this, he was a prolific map maker. Tolkien made maps for the places where his stories took place, only a handful of his maps were published during his lifetime, most notably The Hobbit and the Lord of the Rings trilogy, The Silmarillion, and Unfinished Tales, with the others being published after his passing.

As a tribute to him, and the upcoming film, we decided to make a visualization. Here we took each of the filming locations from various sources, news articles, and Peter Jackson’s own video blog, then processed them with CartoDB and added in media to the info windows with the upcoming CartoDB.js library which we hope to publish next week, alongside its documentation.

The visualization is available for you to title=”The Hobbit Example” target=”_blank”>fork on github as an example of CartoDB.js, but in the meantime, why not have a look at where Peter Jackson filmed the Hobbit before heading out to see the film on the big screen.

Such a busy season: hackathons, hacks, and meetups