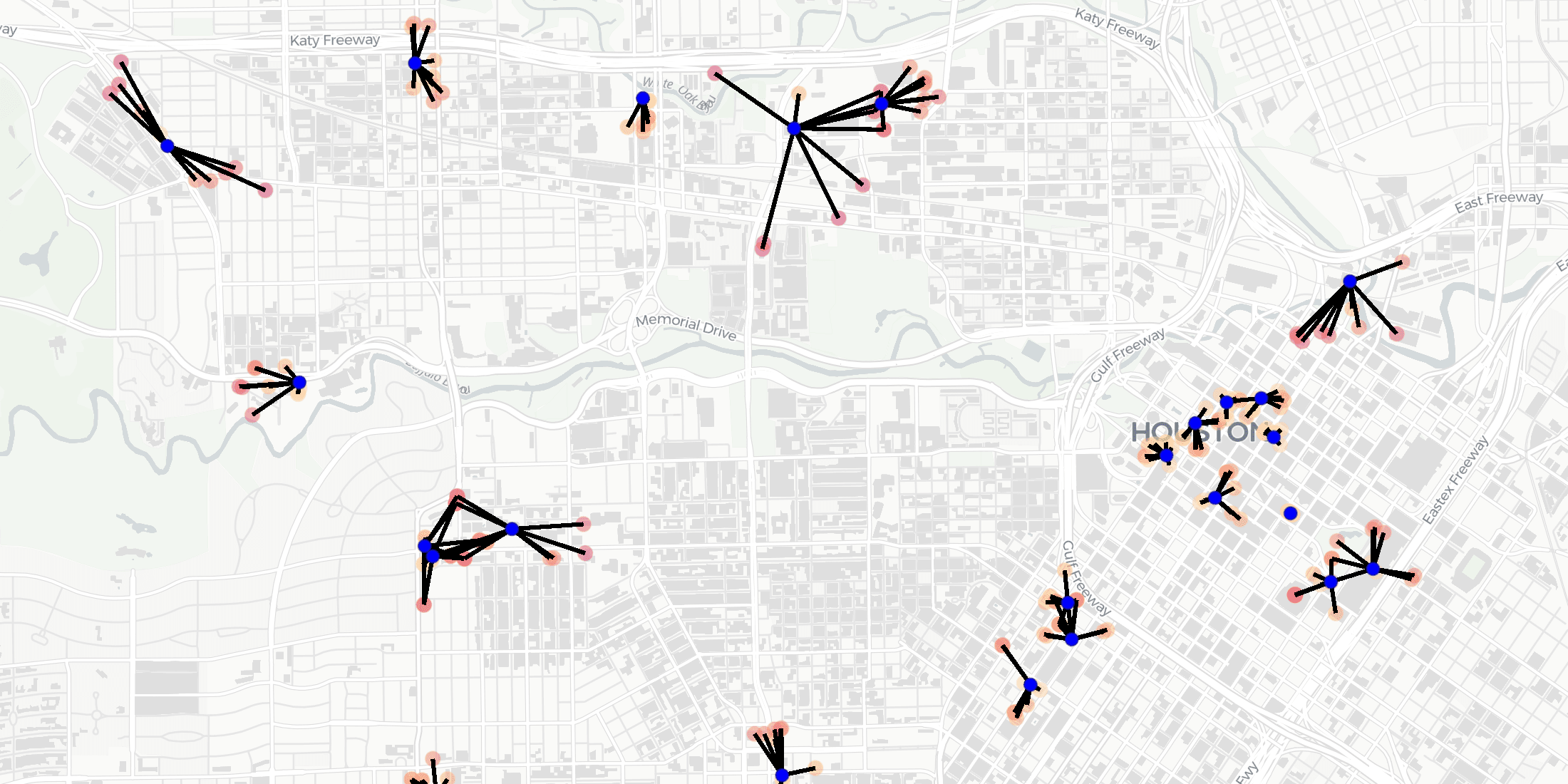 Following our recent blogpost describing the availability of the Geographically Weighted Regression method to estimate local spatial relationships  we have now incorporated support for a set of new Spatial SQL functions to analyze the spatial patterns of point-based data in our Analytics Toolbox for BigQuery.

Although leading data warehouses already offer some level of support for spatial data  they lack some of the advanced analytical capabilities required for many geospatial use cases. CARTO Analytics Toolbox extends the geospatial capabilities of the most popular cloud data warehouses using spatial SQL with more than 60 advanced spatial functions. Please refer to our product documentation to learn about the different functions that we have in the Analytics Toolbox for BigQuery  Snowflake  Redshift  and Databricks.

Point-based data describes distinct locations in space  such as Points of Interest (POIs)  like grocery stores  restaurants  offices  hospitals  etc. Often when dealing with point data a preliminary analysis looking at the relationships between these locations is needed.

When working with Points of Interest data  as we described in this blogpost  we might want to find for example the closest 10 restaurants to each Starbucks in Houston. As showcased in the example that follows  in which we used some POI data from our data partner SafeGraph  we can do so by using the k-nearest neighbors (KNN) function:

where the table cartobq.docs.safegraph_restaurants_houston stores the locations and brands of all Starbucks in Houston from Safegraph.

These are the results on a map:

Taking into account a sample of POIs for the Houston area  we can compute the LOF for each data point using the Local Outlier Factor (LOF) function in the Analytics Toolbox:

where for each point stored in the cartobq.docs.safegraph_sample_houston table the local density is computed considering the nearest k=100 neighbors. Although in the query above we joined the results of the LOF function with the input table to retrieve the LOF score for each POI together with its brand and category  we could have used the LOF_TABLE procedure instead  which automatically stores the result in an output table along with the other input columns.

As we can see from the map below  assuming that points with a LOF factor larger than 10 (>>1) are spatial outliers  we detect a point whose postal code does not belong to the Huston area:

Finally  a distance-based analysis can also be applied to point data to determine if there is a tendency of the locations of the data to exhibit a systematic pattern over an area as opposed to being randomly distributed. For this purpose we can compute the G-function (GFUN)  which represents the cumulative frequency distribution (CDF) of the 1-order nearest neighbor distances.

computed as the total number of points data divided by the area of the study region. Values

suggest a random pattern  while values

a regular (inhibited) pattern where points tend to avoid each other.

and plotting the results  we can see that their locations are clustered  suggesting that the location of a POI is not independent from the others:

Enhance your spatial analysis in SQL with CARTO Analytics Toolbox

As of today  the KNN  LOF and G-function methods are available in our Spatial Extension for BigQuery. We will be announcing further cloud native developments in the coming weeks  so stay tuned for regular updates from us!