If we asked you to picture a UK Retail Centre  what would come to mind? A bustling city centre boulevard or a quaint village high street? A sprawling out-of-town shopping centre or an inner-city high road? Retail Centres are incredibly diverse in terms of their size  character and functions. Being able to understand these elements - as well as the geographic extent - of a Retail Centre can be incredibly helpful for all forms of retail analysis and strategy.Luckily for CARTO users  the Consumer Data Research Centre (CDRC)  has developed a dataset called Retail Centre Boundaries which helps users to do exactly that. Keep reading to learn more about this dataset and how you can use it to enhance your retail analytics! 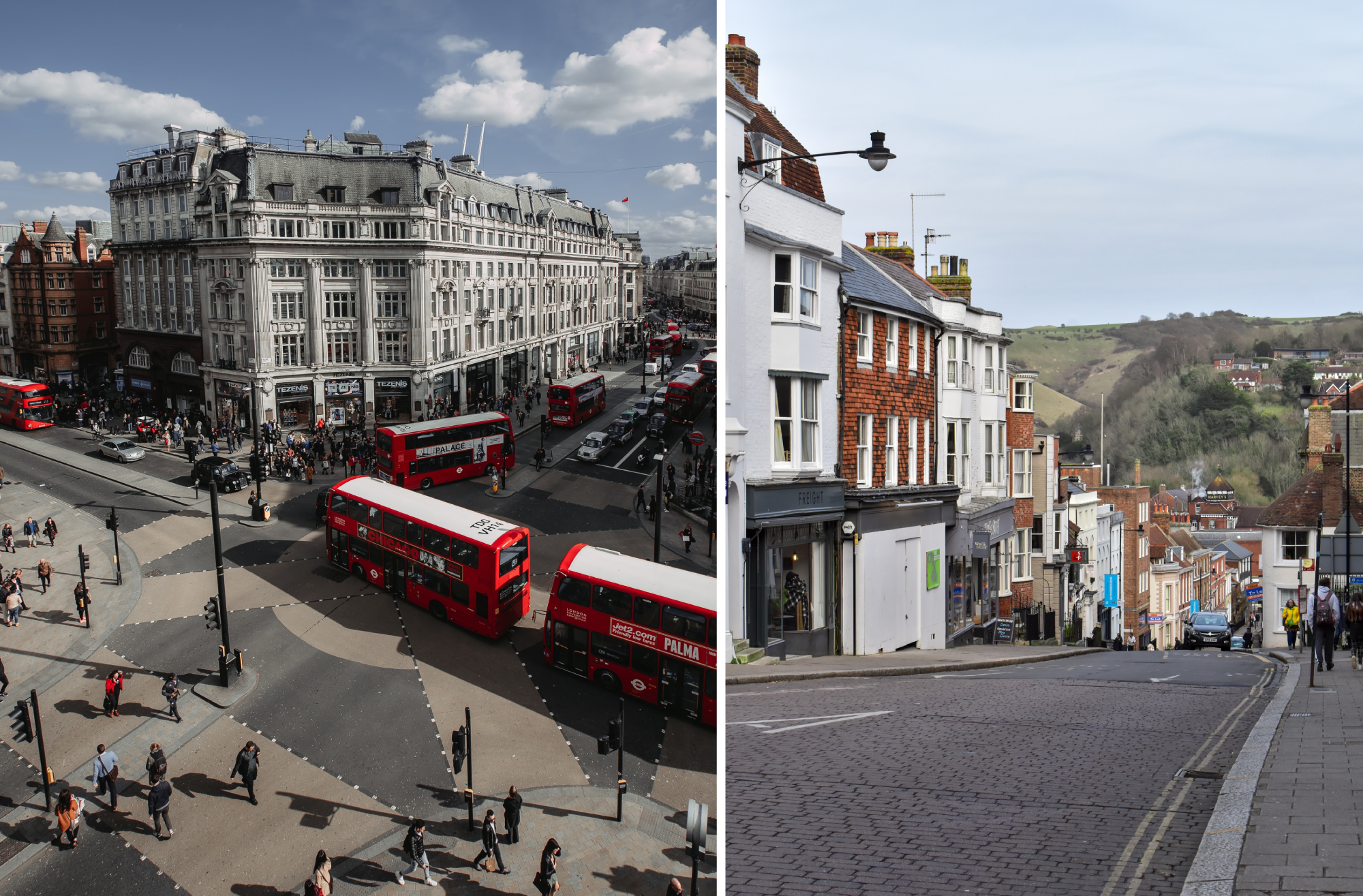 About CDRC and Retail Centre Boundaries

The Consumer Data Research Centre was established to lead academic engagement between industry and the social sciences through sharing research  education resources and data. CDRC’s data and service offering  allows users to derive insights into a diverse range of societal and economic challenges.

One of CDRC’s newer datasets - Retail Centre Boundaries - is a recent addition to CARTO’s Spatial Data Catalog. The dataset contains spatial boundaries for Retail Centres across the UK  as well as measures of supply vulnerability  online exposure  a clone town measure (a measurement of how uniform or diverse British retail centers are) and E-resilience  as well as a hierarchical classification. Within this classification each centre is given a category related to size  by far of which the most ubiquitous is “Small Local Centre.”

Open the map in a new window here (recommended for mobile users).

Retail Centres: now and then

Also available on CARTO’s Spatial Data Catalog is a dataset from CDRC called “Retail Centres Typology” which is a previous version of Retail Centre Boundaries  being based on 2015-18 data. These datasets are not directly comparable  as they contain different information and geometric types. The 2015-18 data is a more freeform geometry and includes measures such as diversity  composition and economic health. In contrast  the 2022 version is more extensive  and focuses more on interoperability with other data being based on a hexagonal H3 grid. H3 grids are a type of global hierarchical grid  designed for performative spatial analysis at scale  giving this dataset some unique benefits when cross-analyzing with other datasets - read more about the advantages of global hierarchical grids here!

When working with a new dataset  a really valuable first step can be exploratory data analysis. This is a critical process where an analyst takes a deep dive into the patterns within a dataset to understand the insights it can help drive.

There are two main types of exploratory data analysis. Internal analysis assesses the patterns of the data used to create the dataset  as well as the variables within the dataset itself. External analysis looks for patterns against external sources.

It’s what’s on the inside that counts: Internal data exploration

The visualization below shows us that Retail Centre size varies significantly within and across categories. In particular  the variation in Regional Centres - which on average are 4x larger than other centre types - ranges from 2.85km² (no prizes for guessing that’s Central London!) down to 0.34km² (Cardiff City Centre). At the smaller end of the scale  there’s no real differentiation in size between the smallest centre types; Small Shopping Centres  Small Retail Parks  and Market Towns.

Local Centres - such as The Broadway in Cheam  South London - are the second smallest centre type by area  but the second highest by population density. This suggests that they have more of a mixed use function  with people living and shopping in the same place. On the other hand  Large Shopping Centres (such as the Trafford Centre  Greater Manchester) are the second largest by size but the second smallest by population density indicating that they function as dedicated retail spaces.

We can also see that District Centres - which include centres such as Morecombe  Lancaster and Holloway  London - have a significantly higher population density than other centre types  but also the greatest variation in this variable.

To further examine where retail centres have a purely shopping or more of a mixed-use function  we compared the density of retail points of interest (POIs) with other categories such as food & drink and transport.

Retail and food & drink POIs are always prevalent  together making up over 50% of all POIs across all Retail Centre categories. The proportion of retail POIs varies significantly  ranging from 52.6% (Large Shopping Centres like Cribbs Causeway in Bristol) down to 32.3% for Small Local Centres (such as Ringwood Road  Bransgore in the New Forest). Interestingly  it is the smaller centre types like these and Small Shopping Centres that appear to have more of a mixed-use function.

The analysis below shows that there are some spatial patterns within this. For both Major Town Centres and Market Towns  the density of retail POIs increases the further north you travel.

Now we’re going to dive deeper into this data by cross-analyzing it with other datasets from CARTO’s 11 681-strong (and counting!) Spatial Data Catalog and beyond. We’ll be considering:

We can also see from the violin plots below that all Retail Centre types span all latitudes and longitudes in the UK. The exception to this is those found in very high density urban areas which have a more limited range  peaking at around 51°N   000°W - where London falls. Rural Retail Centres have the widest range which is unsurprising when you think of the rural character of the coastal UK.

Most Retail Centre types have a wide variety of internet users within a 15-minute (1200m) walk from their boundary. The main outlier from this are Regional Centres  where users typical fall into the more internet-savvy user groups 2 - 5; e-Professionals  e-Veterans  Youthful Urban Fringe and e-Rational Utilitarians.

Open the map in a new window here (recommended for mobile users).

I’ve explored my data: now what?

One of the great functions of exploratory data analysis is it acts as a foundation and springboard for future analysis. The insights you derive from this type of analysis should trigger future questions you’ll want to ask your data  or share considerations for future analysis.

The CDRC Retail Centre data has such broad applications across different industries and functions  that the answer to “now what?” really depends on who you are and why you care about the data. For example  if you work in retail Site Selection you will now know to be cautious of population decline around Small Local Centres. If you’re a business hoping to move to a click-and-collect model  you might now look to Retail Centres which have a more internet-savvy local population  such as Regional Centres. Finally  if you were involved in economic planning or development - such as the UK’s regional “Levelling Up” agenda - you’d probably be most interested in the data on regional differences between Retail Centres.

Interested in understanding how you can be using Location Intelligence to optimize your retail strategy? Learn more about CARTO for Retail here  or sign up for your free two-week trial here!

This work has been made possible through the European Union’s Horizon 2020 programme. Follow our blog over the coming weeks to find out more about how CARTO has been working with this programme to democratize access to Spatial Data Science with the next generation of our spatial data platform.‍‍

Want to try our CARTO for yourself?
Sign up for our free 14-day trial